A quick look at the most popular social platforms shows that social media has become more visual through the years. As it becomes harder to stand out on news feeds, images and video can help you create more appealing content.

It has been observed that visuals are processed 60,000 times faster in the brain than text. This means that an image can have a bigger impact than just copy.

When it comes to social media, Facebook posts with images tend to get 2.3x higher engagement compared to status posts with only text. Moreover, tweets that include images get 150% more retweets than tweets without images.

What makes visual content powerful is the fact that it can help your social presence in multiple ways: 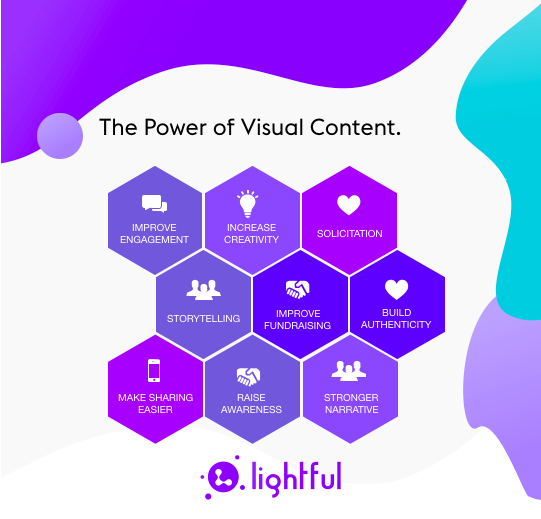 Here are some creative uses of visual content from charities across the most popular platforms:

Facebook is all about visual content. Whether it’s a photo, a GIF, or a video, the creative possibilities can be numerous. Your visual content can enhance your storytelling and help you maintain and even increase engagement with your supporters.

This example of using multiple images in a post, by Street Child, helps tell a story as well as providing additional context of the importance of supporting their work. A longer caption, along with three appealing images makes their presence more impactful and of course, more engaging.

The Plunkett Foundation has launched a campaign called #TheLittleThings and have relied on visual content to spread their message and raise awareness. A series of short videos show their understanding of the best practices for each social platform, which ultimately has led to a wider awareness of their message.

Twitter is all about creative, bite-sized content, which also reflects the best practices around visual content. Images tend to be very popular, as they allow you to provide more detail when 280 characters are not enough and GIFs can help provide a visual representation of an emotion – such as humour, happiness or joy.

You don’t have to be a designer to create engaging images or GIFs. In fact, GIFs are now an inbuilt feature in both Twitter and Facebook but they are just a series of images merged in to one, moving image. Luckily, there are many free online resources to help you create your own.

The British Heart Foundation created a GIF to promote their #DECHOX campaign. It’s both appealing and informative and manages to grab your attention to learn more about the campaign.

The Samaritans have posted a motivational quote as another way to maintain an engaging social presence. It’s good practice to follow popular hashtags like #MondayMotivation when you’re struggling to post something new on your social platforms.

Instagram IS visual content. It’s the perfect platform for testing your creativity and building a community around your cause. More charities are joining the platform to test their visual skills and the results have been very encouraging.

This video by NSPCC shows how you can use your supporters’ content to create your own. It’s creative and it also helps in strengthening their relationship with their followers.

Thank you to the thousands of you who have been talking PANTS. You’re all helping keep children safe from abuse and we think you’re amazing! #TalkPANTS

You can also take your creativity to the next level on Instagram by creating a series of posts that make your profile more interesting. This is an example by Tiny Tickers and how they created an advent calendar in December to highlight their supporters’ work. 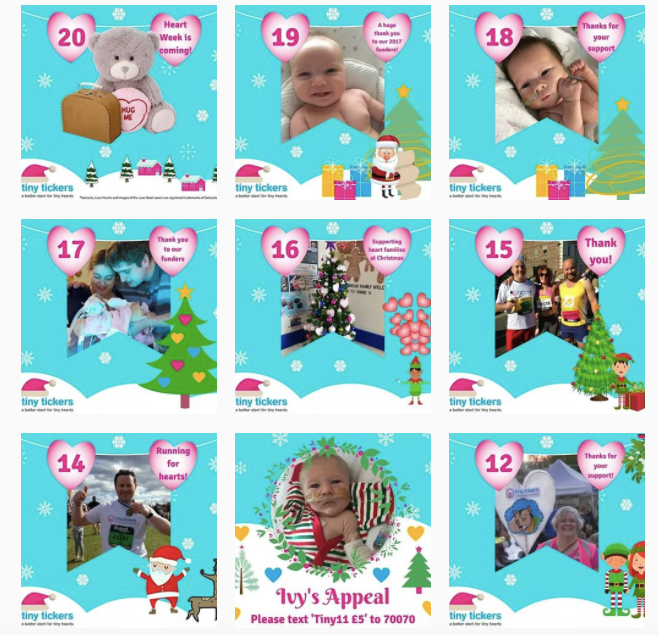 Pinterest is another visual platform, which is also a search engine. It allows you to organise your content in thematic boards. Because it’s a search engine, your posts will be seen for a longer period than any other social platform and it can actually increase your traffic to your site.

Comic Relief has created a board with Bake Sales for Red Nose Day 2017 and it turned out to be their second best social channel as part of their campaign.

YouTube is a powerful video platform that helps you organise your video content as part of your channel.

The RNLI has seen great success by posting their video content on YouTube as part of their #RespectTheWater campaign. As well as there being a great number of views, the comments have contributed to an increasing awareness.

Moreover, the Teenage Cancer Trust have used YouTube to talk about five warning signs of cancer in teenagers and adults and it manages to raise awareness about an important issue through a more creative medium.

We hope you’ve been inspired by some of these great examples. How does your charity use visual content on social media? Tweet us your creative ideas at at @Lightful! 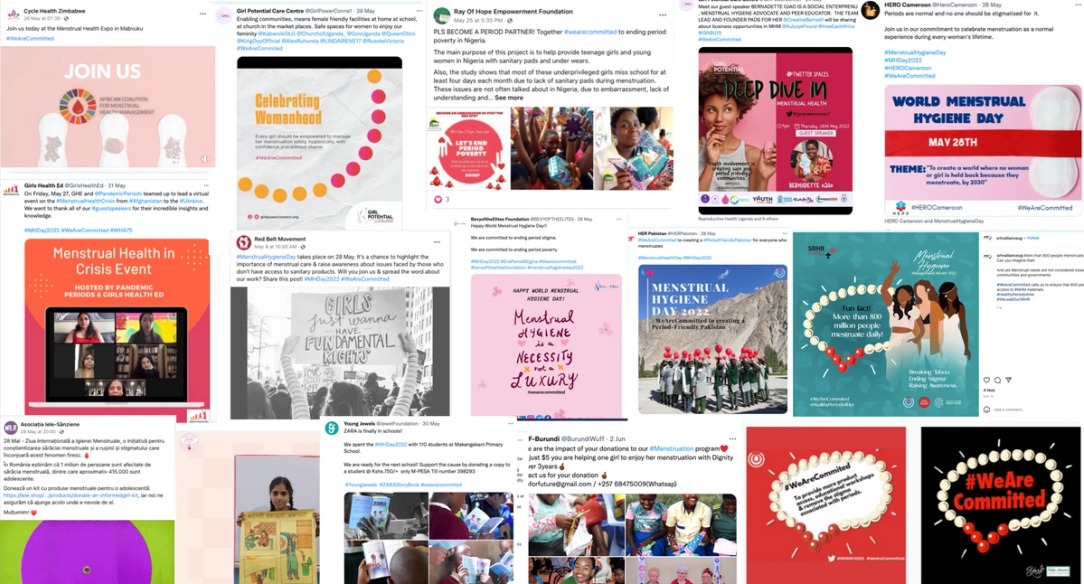 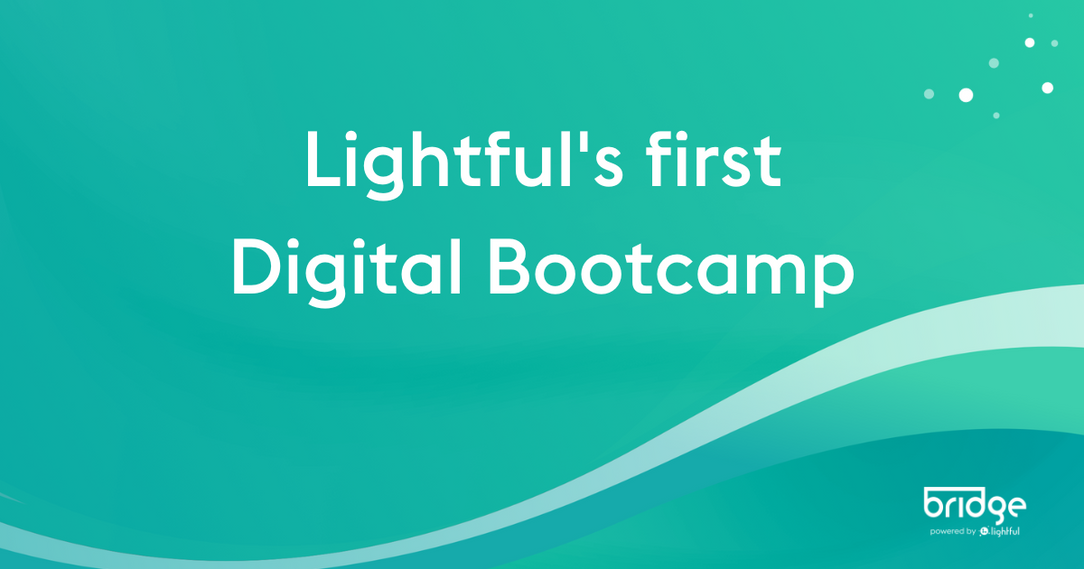