Twitter is one of the most popular social media platforms when building your charity’s social presence. However, it can be challenging to improve your engagement, especially when you’re not sure how to start.

One of the most common questions we hear from charities that we’re working with is, ‘Do you have any tips on how to improve our Twitter engagement?’

There are more than 500 million tweets sent each day. That’s why we’ve decided to compile a list of tips on how to improve your Twitter engagement whilst keeping up with Twitter’s latest algorithm changes. ????

Twitter engagement comes from people who actually value your authentic voice. That’s why you need to craft posts that highlight your organisation’s tone of voice and how you’re making a difference.

An engaging tweet is making the interaction effortless. When you’re about to post your next tweets, think of the content that would make the engagement easier. For example, you can share tweets in a more casual tone that make it easier for supporters to engage with them. How about posting during #NationalPancakeDay? 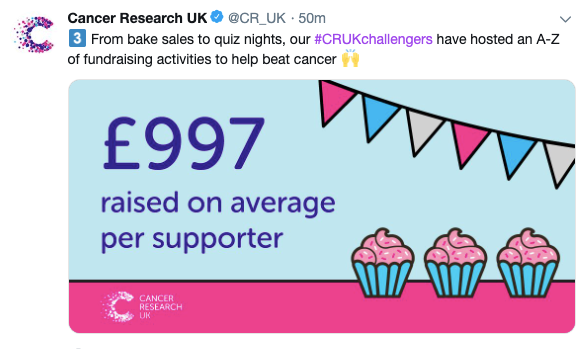 Images and videos can make your tweets more engaging. It has been observed that tweets with images receive 150% more retweets and 89% more likes. Keep in mind that your visual content should be appealing and relevant to your tweets to increase your chances of improved engagement.

It might not sound like the most obvious tip when you’re thinking of improving your Twitter engagement, but if you think of it, every successful tactic starts with a plan. If you want to improve your Twitter engagement, you need to plan the time that you need to invest in this on a weekly basis. The more organised you are with your schedule, the easier it will be to stick to it. And of course, Lightful is here to help you schedule your tweets ahead.

Increase the number of (relevant) tweets

If you’ve been posting one tweet a day up to now, you may want to try to post two or three tweets a day. If they are relevant to your supporters, then you’re doubling or tripling the chances of engaging them. Relevance is really important though, so don’t sacrifice it while increasing your number of tweets.

Dedicate time to reply to your mentions

It’s not enough to schedule or publish posts. You need to be engaging with your supporters. The best way to achieve this is to regularly monitor your mentions to reply to as many of them as possible. For example, it’s nice to thank someone who is sharing one of your campaign messages. The supporter will feel valued and appreciated and it can be the first step towards a more engaged relationship. 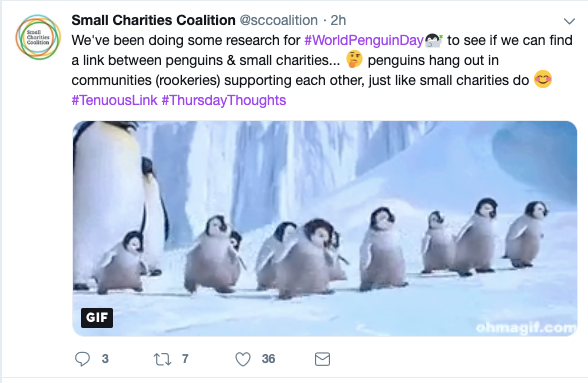 GIFs are an easy way to be engaging without spending too much time on finding or creating the content that you want to share. How about starting the day by sharing a GIF? Or how about thanking your supporters who join your campaign through an appropriate GIF?

You don’t need to use Twitter simply for fundraising or promotional content. You can share photos of your team during an activity or even a funny moment in the office. Even when you’re working hard for important causes, it’s still good to remind everyone how you’re still enjoying your job on a daily basis.

Tag relevant people in your tweets

If you’re sharing a photo or a video, you can tag people in them. This is a good way to update people about, for example, a recent announcement or a campaign. It helps them feel part of it and it increases the chances of seeing improved engagement. You can tag your ambassadors, your partners or even your staff team. Try not to tag people who don’t know anything about your organisation as it might come across as spam.

Twitter polls can help you boost your engagement. Think of a question that could spark a conversation and try to be relevant to your work. You don’t want to increase your engagement by asking daily questions such as “tea or coffee?” You can still be more casual, but make sure you find a balance in these types of posts. 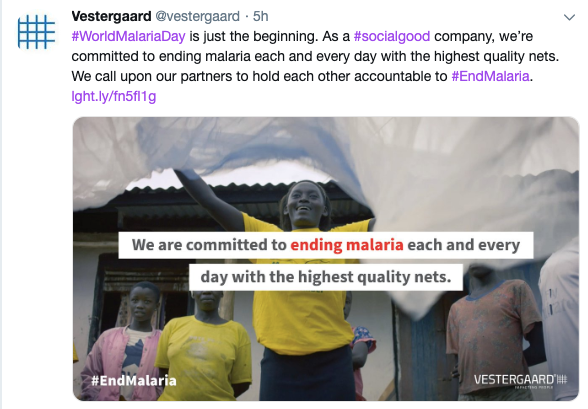 Awareness Days help you to come up with new content ideas. They also help you increase your engagement by sharing fun posts from time to time. For example, if you are an animal charity, #NationalLoveYourPetDay can be great, but this doesn’t mean that you can’t join in on #WearAHatDay and get your team involved!

There are different levels of engagement. You can aim for a humorous post that will improve your interactions but it’s also useful to seek meaningful interactions.

Quote retweet posts that you agree with

If you want to share a tweet, aim for a Quote Retweet rather than a quick retweet. Quote retweets allow you to add a comment to the retweeted post. This way you’re adding your own voice to explain what you think of the post that you’re retweeting. There are more chances for people to like the quote retweet than a simple retweet.

User-generated content can lead to improved engagement from your supporters. Sharing tweets from your supporters indicates that you empower them to share their voice while promoting your cause. Make them feel involved when you’re launching a campaign and retweet their posts to involve them in your social presence. 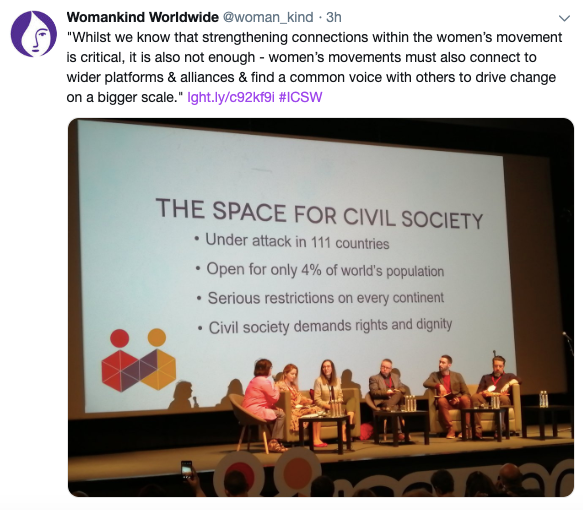 Twitter can be ideal in event coverage as you don’t need to worry about the number of posts that you’ll do. Tweets move too fast in a feed, which means that you can post a series of tweets when attending an event. Whether it’s a sector conference or your own event, live tweeting can help you improve your engagement while networking with other attendees.

Twitter chats can help you boost relationships with your supporters, your partners and potential donors. Whether it’s your own Twitter chat or a well-established chat that you’re simply participating, it’s a great opportunity to join a conversation with people who already enjoy using Twitter.

It’s easy to get lost on Twitter with the endless number of tweets showing up in your feed. A good way to filter your feed and keep track of more conversations is to create your own Twitter lists. For example, you can create a Twitter list for your team members, another list for your most loyal supporters and a different list for the media and the news that you want to follow. This way you are able to create different feeds based on your goals to engage more frequently with different groups of people.

If you’re struggling to create new content, search for relevant hashtags and what others are posting in similar organisations. Also, it might be useful to look at popular hashtags such as #CharityTuesday that is trending every week to come up with new creative ideas. 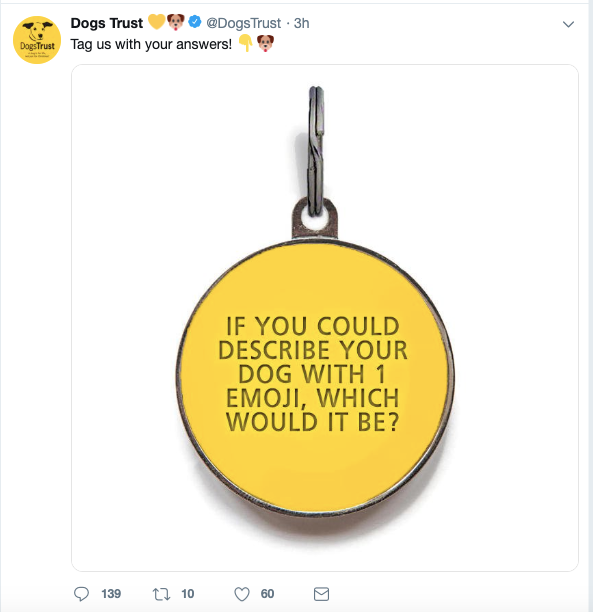 Questions can make your tweets more engaging. If you’re seeking participation then don’t be afraid to be direct with your content. Ask questions to allow your supporters to express themselves and feel closer to your organisation. 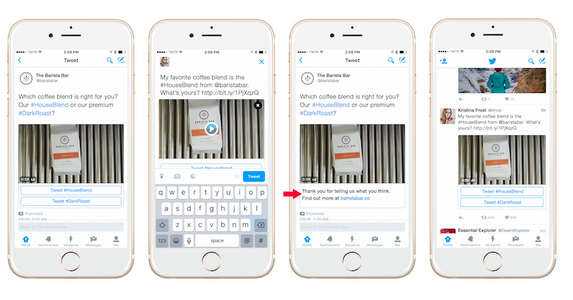 If you’re including paid ads to your Twitter marketing strategy then there is a special ad format that is aiming specifically for increased engagement. Twitter’s conversational ads encourage people to tweet using a particular hashtag, which makes it easier to join a conversation. If you’re running a campaign and want to engage as many people as possible, this ad format can be very helpful.

Use shortened links to avoid distractions 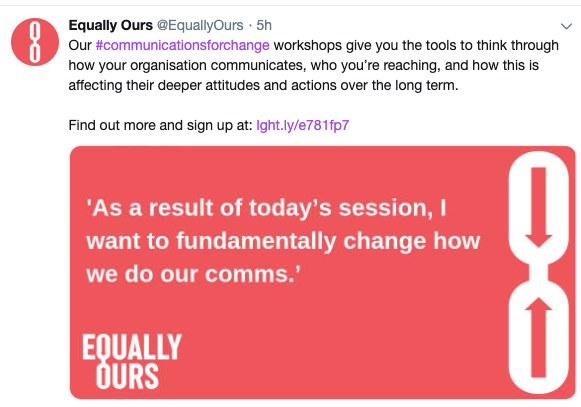 Shortened links can make your tweets more appealing. When posting with a long URL (link) your followers might lose the main focus of your tweet. When using Lightful, for example, your links can look like this to facilitate Twitter’s best practices.

Twitter is all about consistency. Engagement will only come once you start posting on a regular basis. Set up a content plan and organise your content and the possible engaging moments to be prepared.

What you need to remember

Twitter can be a very engaging platform. It takes time though to build a relationship with your supporters. Don’t be discouraged if you don’t see many mentions or comments in your initial attempts. The more consistent you are, the easier it will become to find the most engaging tactics.

Plan, schedule and measure all your social media posts in one place!