The Social CEO Awards are fast approaching and we are delighted to be a sponsor this year! The awards shine a spotlight on, and recognise those, CEOs and leaders who are using social media for social good. The awards look to inspire and encourage other CEOs to see the benefits of using social media and how it can help their charity. We thought we’d share ten top tips with you to get you started.

As Deborah Alsina, CEO of Bowel Cancer UK, Top 30 Social CEO winner and winner of Third Sector’s CEO of the Year Award in 2017 puts it:

I was definitely not keen to start tweeting but agreed to do so after
some arm twisting and it’s opened my eyes to the possibilities of social media. It has become a core tool I use to manage relationships with a range of different stakeholders as well as a fantastic source of
information and contacts.

Twitter breaks down boundaries and helps you to get closer to your supporters, beneficiaries and even your staff. It can also help you to engage with journalists and MPs, putting your agenda in front of the people who can influence decisions.

Ten top tips to get you started on Twitter

If you’re a CEO who is new to Twitter, here are 10 top tips to help you shine. Who knows, maybe next year you’ll be a top 30 Social CEOs award winner!

1.Sell yourself in your bio: you only have 160 characters so make them count. Identify yourself as the CEO and include the charity’s Twitter handle. Your bio should be professional but should also include something personal – after all, there are many facets to your personality. Barnardo’s CEO, Javed Khan, shares that he is a lover of cricket.

2. Your profile picture matters: as a CEO, you’ll often be out and about attending meetings or events and networking. It’s important that your profile picture is up to date so that people can instantly recognise you. Also, a smile goes a long way.

3. Don’t broadcast: just as you wouldn’t want your charity to simply broadcast messages to their followers, neither should you. Twitter is about conversations and curating content that is interesting and useful to those who follow you. 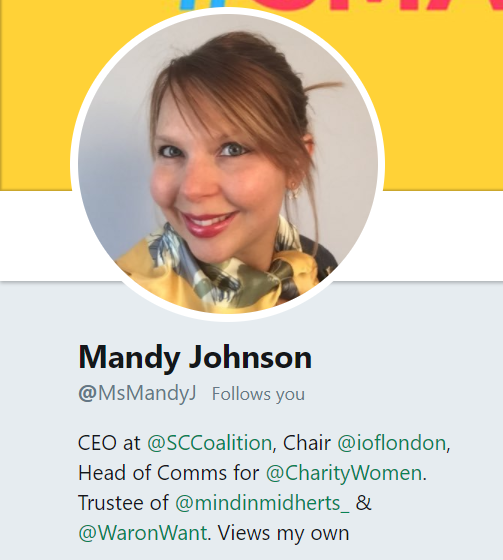 4. Say ‘thank you’: Twitter offers a fantastic opportunity to personally and publicly thank fundraisers, supporters or corporate partners for raising money for your charity. It only takes a minute but means a great deal to those on the receiving end.

6. Be authentic: Yes you are a CEO but you are also a person with lots of interests outside of your cause. Whilst it’s tempting to be completely focused on your charity and your role as CEO, it’s better to combine a bit of the personal with the professional.

7. Speak out: Twitter offers you a unique opportunity to speak out and have your message heard. You don’t need to rely on a quote in a newspaper article to say what you want to say. In fact, if you actively speak out about issues that affect your cause or your sector, you’re likely to capture the interest of journalists who will then approach you directly for your opinion.

8. Amplify your charity’s messages: Rob Music, CEO of Jo’s Trust, often retweets from the charity’s account. He also adds his own voice, helping to position the charity as experts in their field, reach more women who have been affected by cervical cancer as well as promote the importance of cervical screening.

9. Follow other CEOs: gain inspiration by following other charity CEOs on Twitter and see how they use the platform to connect with peers, supporters, beneficiaries etc.

10. Just go for it: remember that you have a really valuable resource at your disposal – your social media officer/manager or even team who can give you some practical training if you need it.

Find out more about the Social CEOs Awards here.