Speak Up, Show Up, Act Up on Climate Change

On a cold, drizzly January morning, I made my way to an old handbag factory a few minutes’ walk from Oval. After a warm welcome from hosts Rubies in the Rubble, strategist, brand consultant and Extinction Rebellion speaker Paddy Loughman spent an impressive hour taking us through the case for climate change, its effects on the planet, and what businesses can do about it. This has come at a particularly pertinent time for Lightful, as 16 hours before Paddy began speaking, we had just signed our first Environmental Policy.

So what did I learn?

Mainly, “Business as usual” cannot continue. 85% of all carbon emissions by the burning of fossil fuels have occurred since the end of WW2, and over 50% since the 1980s. As a result of the greenhouse effect, our planet is warming, sea levels are rising, arctic ice is melting – but I don’t need to tell you this. The International Panel on Climate Change (hardly a radical organisation) says that we should stick to a maximum of a 1.5°C increase in global temperatures to avoid significantly worsening the risks of drought, floods, extreme heat and poverty for hundreds of millions of people. That’s a global average, and in some parts of the world, it could mean an increase of 10°C or more. For a bit of context, last summer, we had a heatwave… and fights broke out at a lido in London. Imagine what that means for countries that aren’t 3,500 miles from the equator; you don’t have to look far. Australia’s (and, by the way, Indonesia’s) forest fires in 2019 were the biggest in decades. Before December 2019 had begun, a greater area had burned in New South Wales that year than since 1984. The last five years are the hottest ever recorded.

But what can we do about it?

The Extinction Rebellion recommended action on climate change boils down to three things: Speak up, Show up and Act up.

Speak up as organisations, and as individuals, talk about this stuff every day, with your colleagues, friends, family, write to you MP, leaders in companies, people on the bus (okay, maybe that’s a bit much). Give fair challenge when better decisions could be made. We’re at risk of losing momentum around climate change just as governments and big business are beginning to listen and take action. Now is the time to keep the conversation going as this is a problem that won’t just ‘go away’.

Releasing our Environmental Policy was the first step. Blogs like this one (and more are planned) are helping to spread awareness, and keeping the conversation going in the office, with our customers and our suppliers… but more on that in a second. We’re also registering as a B Corp, which will communicate our commitment to people, planet and profit, and add our support to this global movement. 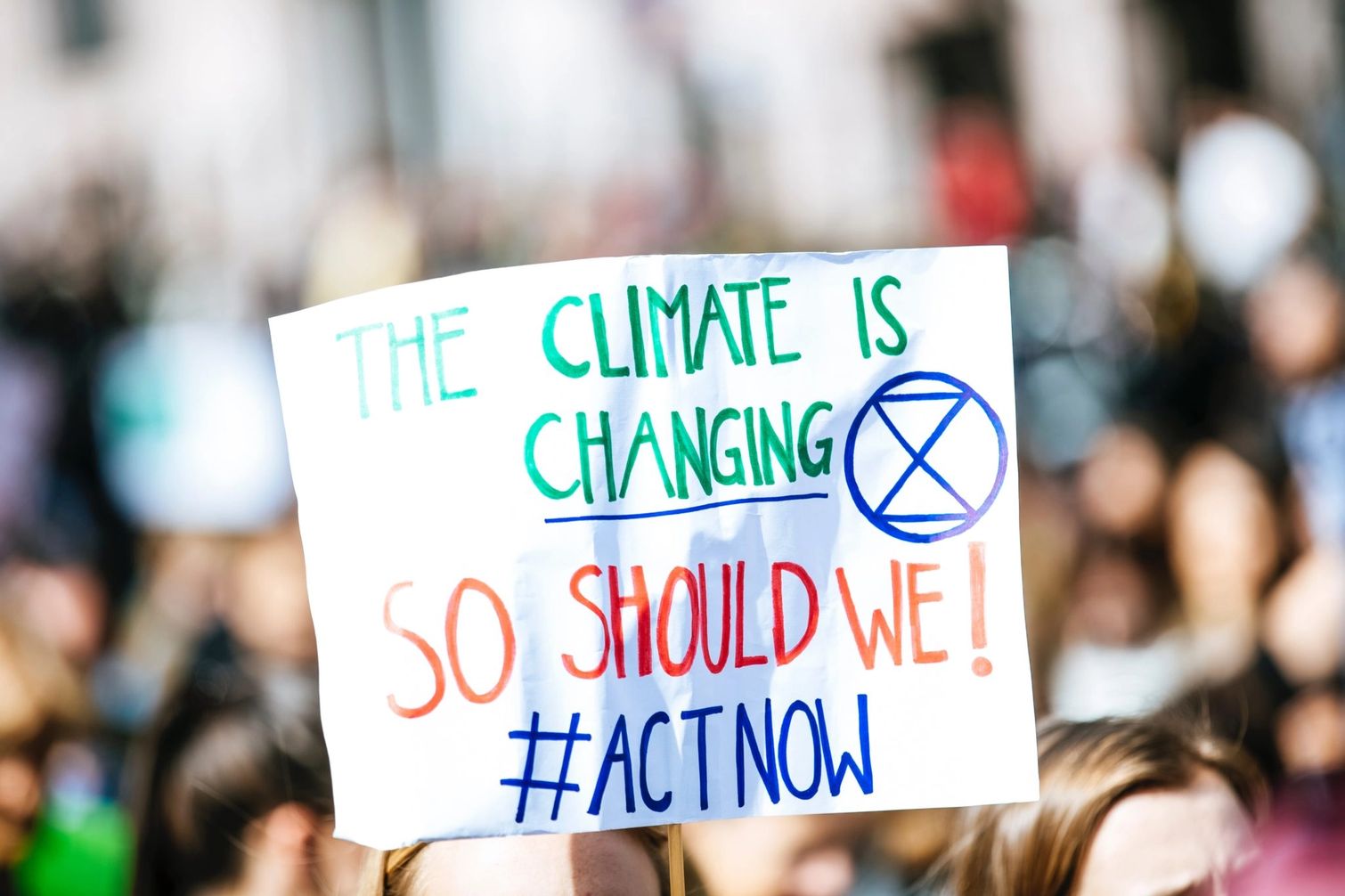 We also vote every day with what we buy – switch out that beef burger for veggies, change your electricity plan to be 100% renewable, take a reusable cup, drink oat milk, take the train, not the plane. A million small actions can send one big message.

It’s tricky for private organisations to get involved in politics, and it would be inappropriate for us to influence our employees (apart from encouraging them to vote however they want to – because when more democracy happens, everyone wins). However, we’re taking steps to improve how we vote with our wallet:

Disobey ‘Business as Usual’ however you can. Be it taking part in the next Extinction Rebellion action or challenging others’ opinions (remain respectful), disobedience can shift the discourse. Governments are beginning to listen and take action.

What’s Lightful doing about it?

As an organisation it’s even harder to act up than it is to show up – we rely on structures and systems and having legitimacy in society to allow us to turbo-charge the good work not-for-profits achieve. If we lose the right to operate, we can’t have that positive impact. We can, however, operate at the fringes of obedience, and support our people in acting up. For example, we don’t ask about criminal records when recruiting – we only care about skills and experience, so if they’ve been arrested as part of an environmental protest, it wouldn’t matter (in fact, we’d love to talk to you about it!)… but we’re not sure what other options there might be. If you have any ideas, please do feel free to get in touch.

If you’re reading this, you probably already reckon there is a climate emergency that is unfolding today. Perhaps you weren’t aware of some of the facts, or think that I’ve missed something significant (please get in touch if I have!); I’m still learning about what I can do to make a difference on a personal level, but the above framework is a good start.

Organisations like Lightful have different constraints but also different opportunities. We can put the purchasing power of a fast-growing organisation to vote with our money, we can empower our people to act in the interest of the climate, and we can join the growing business community that supports people and planet alongside profit. And we urge every other business to do the same because we can’t solve it alone.

This blog is part of a 5 part series in declaring a climate emergency for people, planet and profit. Stay tuned for more blogs on this topic as we expand on our efforts to combat climate change.

Caleb Wheeler-Robinson works in our HR team. Alongside his people and culture responsibilities, he’s been working on registering us as a B Corp and is supporting our landlords to make environmental improvements throughout our building. Caleb joins us as an On Purpose Associate: a leadership development scheme to transition young professionals into the world of social impact.

Team
A guest session with Charity So Straight

We invited Charity So Straight at #TeamLightful for a Lunch & Learn about workplace diversity and Pride allyship.