COP26 is shaping up to be one of the least inclusive climate summits on record.

Leaders at COP26 hold the world’s future in their hands. Yet they’re not listening to the majority.

Young people are being excluded, especially those from lower-income countries most severely affected by climate change where the majority of the world’s young people live. It poses a serious threat to the success of the summit - climate action will fail without the inclusion of the voices of the world’s younger generations.

We must stand together with young people to support their inclusion.

We are partnering with Restless Development and five young climate activists from across the world who are heading to Glasgow to bring as many youth voices into COP26 as possible.

Together we'll be hosting a live interactive webinar on November 10th on Eco-storytelling: how your stories can change our planet’s future, and sharing messages with leaders at COP26 shared by young people as part of our #MissingMajority campaign. 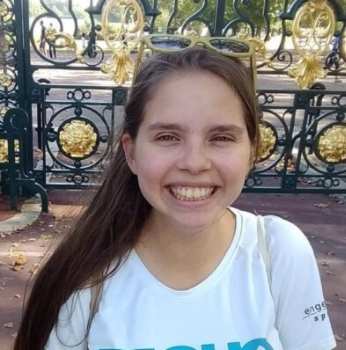 Inés is a 25-year-old sustainability activist and works for the youth organisation Restless Development. She is one of the founders of Ensemble pour TECHO, an organisation seeking to eradicate poverty through the joint work of young people and community members, and co-leads L.O.O.P., a grassroots women-led Peruvian social impact company conserving the marine ecosystem. She believes that humans are on this earth to administer the planet and uses her volunteering, research and job to strive for a more sustainable present and future since she was 15 years old.

“I am lucky enough to be attending COP26, but I shouldn’t be ‘lucky’. Young people make up half the world’s population. We need our place at COP26, to be heard, to make decisions and to take responsibility for the changes we need to make happen so that we can avert climate disaster.”

“In Peru, climate havoc is being reaped in the form of floods and glacier melting leading to people having to leave their homes. But the solutions are being forged by young people who are building more sustainably, working with communities, protecting waves and putting climate at the forefront of their innovations.” 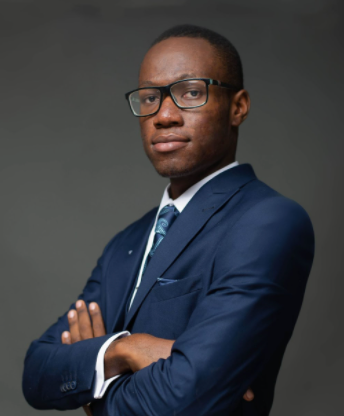 Azeez is a 22-year-old young leader who focuses his activism on helping communities worst-affected by the climate crisis. Azeez co-created the Nigeria Youth Consultation on Climate Change (NYCCC), and has represented young people at many global events, including the World Bank Group Youth Summit on Resilient Recovery for People and Planet. He is also Policy and Advocacy Chair of the Commonwealth Youth Climate Change Network (CYCN), BeyGOOD and Global Citizen Fellow and World Economic Forum Global Shaper.

“At COP26 I want to champion action for positive change to protect the most vulnerable communities across the world from the effects of climate change. Their experiences and voices are too consistently missed from the decisions and action taken on climate change”

“In Nigeria, climate crisis is destroying lives and livelihoods as its effects such as flooding and drought have resulted in hunger and insecurity and more people living in extreme poverty. But sustainable and innovative solutions are being led and championed by young people. Some of these solutions include Clean energy, waste and consumption tech, sustainable building materials.” 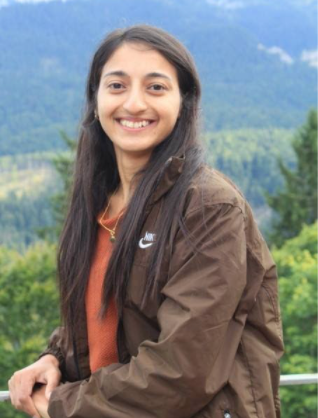 Poonam Ghimire is a 26-year-old climate activist and the Next Generation Fellow at the United Nations Foundation working for the preparation and implementation of the UN ‘Our Future Agenda’ report launched in September 2021. She was the former Head of the International Processes Commission at the International Forestry Students Association (IFSA). She is currently active within a number of major UN-led processes, including the 26th session of the Conference of the Parties (COP26) of the UN Framework Convention on Climate Change (UNFCCC) and the Convention on Biological Diversity (CBD), working to make sure young people are included. Poonam started her advocacy journey at the age of 11 by writing a play that called for the equal education of girls in Nepal.

“I will use my position at COP26 to ensure there is a strong focus on gender across the climate discussions. Young women are one of the most affected groups by the impacts of climate change, so it’s vital we apply a gender lens.

“Nepal is ranked as the fourth most vulnerable country to climate change (UNDP) and climate-related hazards like glacial floods, floods, and landslides are rampant. In addition, food and water scarcity is hardly hitting everyone, especially women. So, the solutions are being led by young people leading climate movements and awareness, policy discussions as well as innovations to bring about the change. 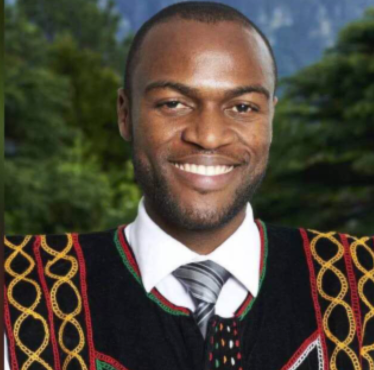 Tangang Andrew is a member of the Restless Development’s Youth Power Panel - a group of activists holding leaders to account for their Global Goals commitments.  He is a community activist in Cameroon and worked with ICAD Enterprise (a social enterprise working on climate change) in implementing the ‘Green City’ project in the University town of Dschang (to raise awareness on waste sorting amongst students and plant trees in the Dschang Municipality), and to set-up a waste recycling centre. Ahead of COP26 Andrew worked with the Local Youth Corner team to mobilise over 1000 young people across Cameroon to engage in initiatives aimed at combating climate change.

“I am going to COP26 to share the experiences of young climate activists in Cameroon who cannot attend COP26 in person and ensure that the decisions arrived at reflect their aspirations. I’ve been working with thousands of young people in Cameroon and will be doing everything possible to bring their experiences to the summit.

“In Cameroon,  climate change is endangering communities’ ecosystems as a result of flooding in the coastal zones, accelerated droughts in the Northern regions and increased urbanisation. But solutions are being led by young people such as the planting of trees in various affected communities (ICAD Enterprises ‘Operation 1000 trees per year’).” 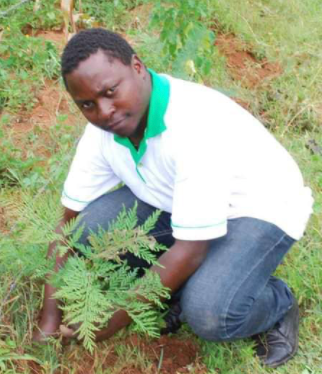 Andrew is a Ugandan environmentalist and climate activist who dedicates his time to working with marginalised groups of people in remote areas to adapt to climate change. Andrew raises awareness about climate change where most organisations or activists can not go, working mostly with rural girls and women and young people in the remote areas of Uganda. He mobilises local communities to plant indigenous trees, fruit and medicinal plants and helps schools in rural Uganda to set up environmental clubs that promote climate literacy. Following a lack of media coverage of environmental and climate change issues, Andrew started an online media platform called Whisper Eye to report about climate change. He is currently volunteering at Fridays For Future Uganda as a community mobilizer and liaison officer.

“Voices from the global South need to be heard, need to be listened to. I would like the world to get first-hand information of an activist from a country that is suffering from the climate crisis at the hands of developed countries. COP26 presents an opportunity for me to represent my fellow young people, lobby for them, negotiate on their behalf and make our case for climate justice.”

“Uganda is already suffering from the impacts of climate change. Extreme weather events are becoming increasingly common in many parts of the country. Floods, drought and landslides cannot take three months without happening. The country was recently faced with desert locusts. Temperatures are going high while rainy seasons are no longer predictable. Deforestation is alarming while plastic pollution is worrying. The country is currently building the world’s longest heated crude oil pipeline which is a big risk to the environment with grave dangers to the planet. Victims of extreme weather events have become climate refugees as they have nowhere to go except in temporary shelters. Both livestock and crop farmers are counting losses year after year given frequent droughts, and erratic rainfall. After the construction of the East African Crude Oil Pipeline (EACOP) the situation will become worse.” 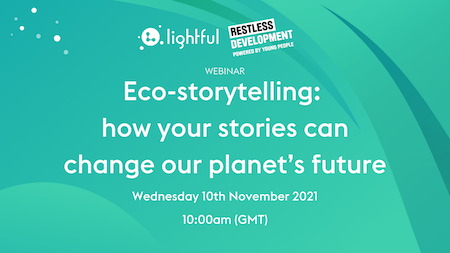 What eco-story would you share with leaders at COP26?

Storytelling can be an incredibly powerful tool, especially when in the hands of those seeking to change the world around them. During COP26 Lightful and Restless Development are coming together with five Youth Power Climate Reps campaigning at COP26 to share tips on how story-telling can help advocate for the change we need to swerve climate destruction.

Lightful and Restless Development will provide you with the fundamentals of digital storytelling and advocacy while our climate champions will share their own eco-stories of change.

Our 1-hour virtual session will help you to:

The leaders at COP26 hold the world’s future in their hands. Yet they’re not listening to the majority of young people. Join our eco-storytelling session to help your stories of climate impact and action get heard.

Since we first started Lightful many years ago – from the kernel of an idea that has now evolved to an exceptional team delivering exceptional work – we have always stated that technology can and must act as a ‘force for good’. Articulating what that means in practice is not straightforward, yet it is something we have been hard at work on for some time now.

Storytelling can be an incredibly powerful tool, especially when in the hands of those seeking to change the world around them.