Our key takeaways from the Social Good Summit

I’ve just landed back in London after an inspiring week in New York, where I met lots of amazing charities and foundations and attended the Social Good Summit. The annual summit brings together global citizens and progressive thought leaders for a full day of jam-packed sessions with over 50 speakers from around the world.

This week reminded me to stay hopeful but also to reflect and realise that I need to step up. People around the globe are working every second of the day to make this world a better place, so what am I doing to play my part? I recently became Director of Partnerships at Lightful because I see the impactful work that great causes are doing around the world, and I want to be part of helping their stories be heard. 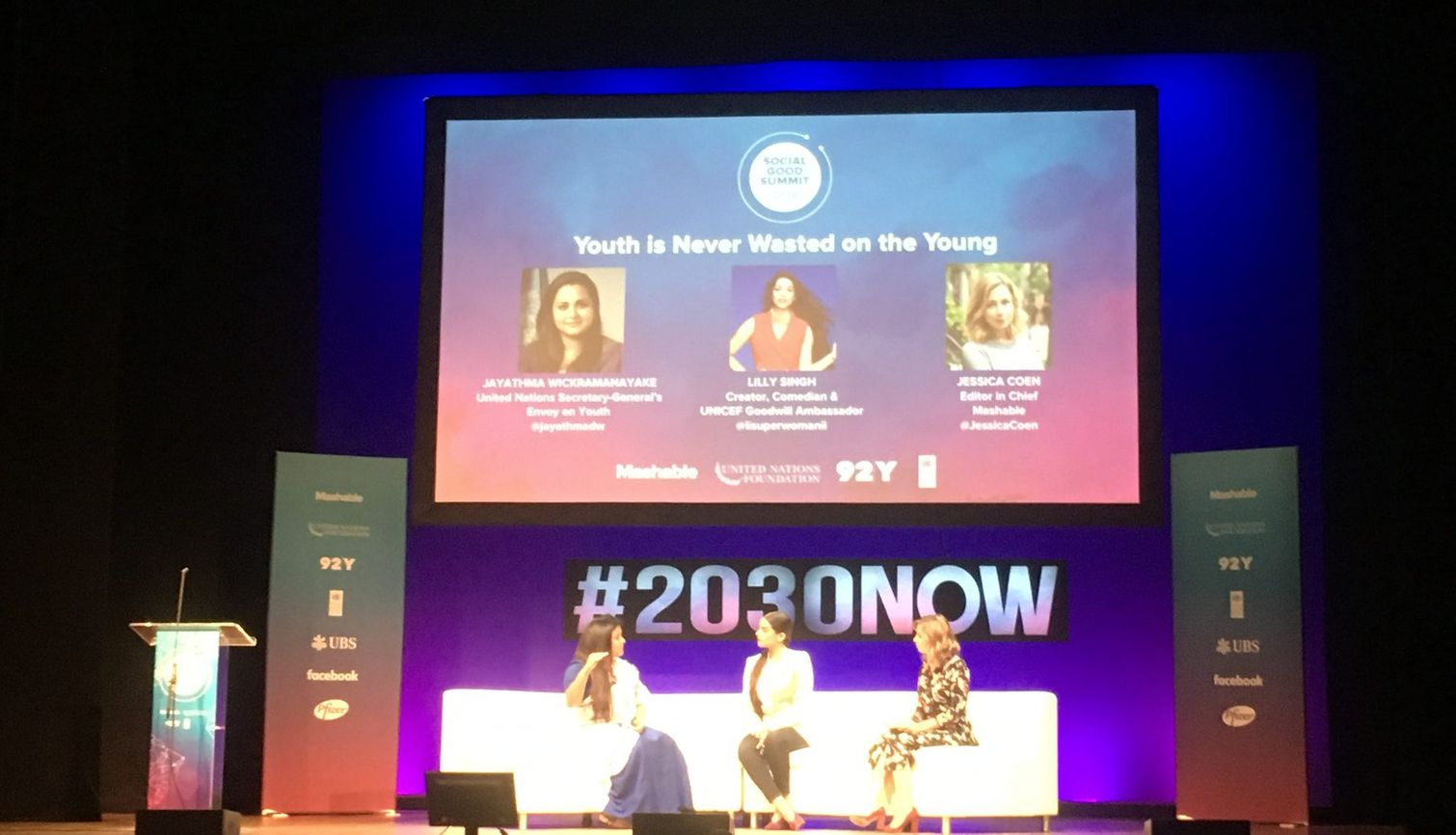 Two of my reflections this week are around the power of youth and the continued fight for equality. I want to share some of the stories that stood out for me.

Young people aren’t willing to sit around and let others decide their futures for them, so they are leveraging technology to raise their voices for change.

1 in 3 girls in the developing world is married before 18
Sonita Alizadeh from Afghanistan counts herself lucky as she avoided being a child bride and is now a self-proclaimed “raptivist”. She kicked off the summit with the launch of her new rap song “Brave and Bold”. Sonita says, “Anyone can be an activist. I care about child marriage, and my tool is rap. We can change the world as long as we are brave and bold.” #braveandbold

In some countries, girls are not allowed to have a mobile phone 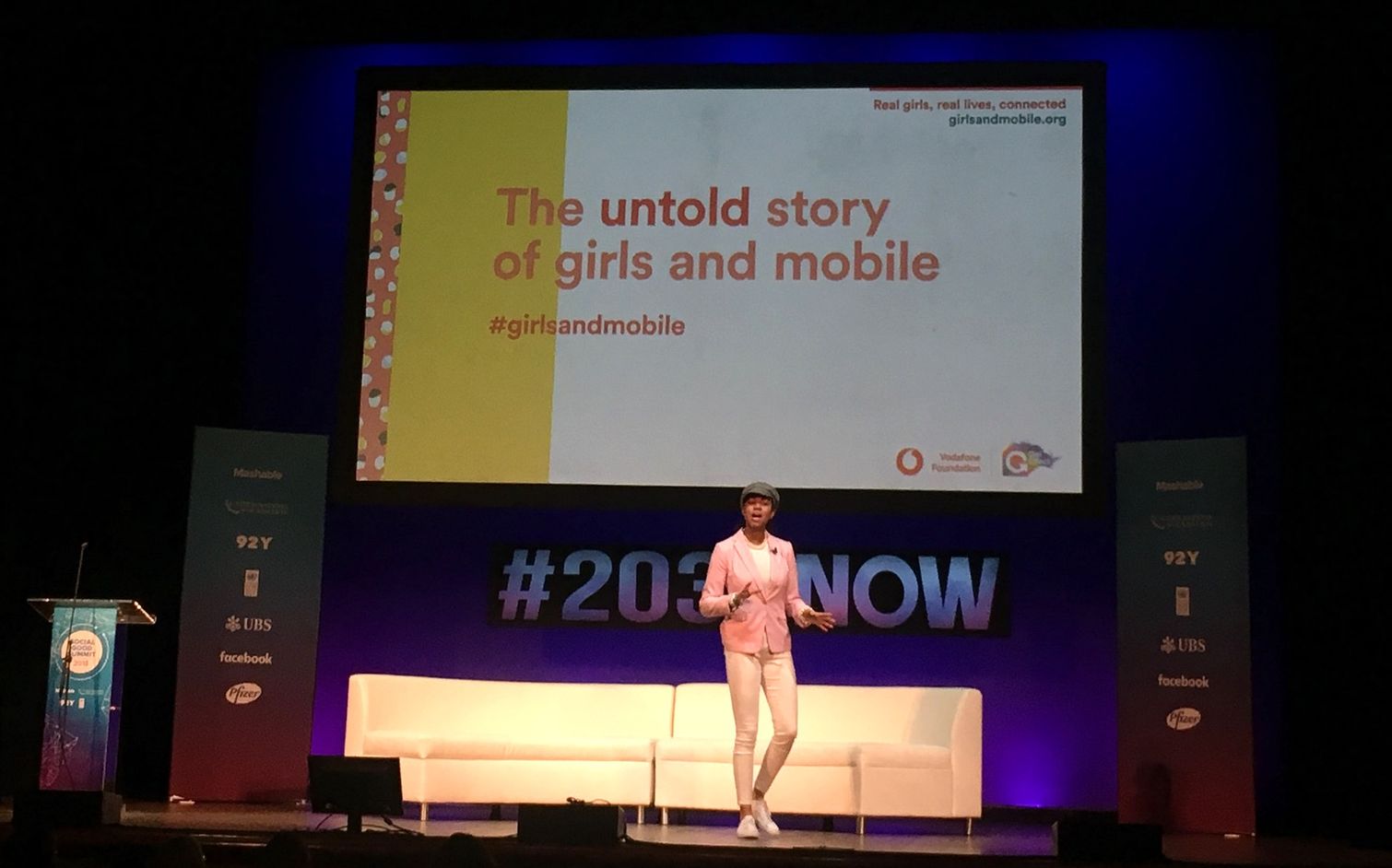 Zuriel Oduwole is a 16-year-old filmmaker and advocate for girls’ education. While boys can own a phone with no second thoughts, some cultures assume girls with phones are getting into trouble. “Access to technology really is sexist.”, says Zuriel. Girls do deserve the same as boys, but no one has told them this. “When girls don’t use phones regularly, they aren’t gaining the skills and knowledge to use them properly…We need to show girls why technology is for them”.

At the summit, she helped to launch a new partnership between the Vodafone Foundation and Girl Effect to empower 7 million girls in 8 countries to use mobile. #girlsandmobile

Over 100,000 exposed to lead in water in Flint
Eleven-year-old Mari Copeny, the founder of #DearFlintKids, is using her voice to say “that’s wrong” to government officials who let residents of Flint, Michigan drink contaminated, dangerous water for years. “I learned that when there isn’t a seat at the table for you to pull up a chair anyways, then stand on it and use a megaphone until they give you that spot at the table.” She didn’t sit around and wait for someone to speak on her behalf, she stood up and spoke out and has encouraged people of all ages to do the same.

Yes, children are our future. But they aren’t going to sit around and let us muck it up for them. So, help them out or get out of the way, because a new generation is showing us how to take action.

2. Equality: the world is not the same for every person – yet.

Safe and affordable housing for the bottom billion
Imagine experiencing an earthquake, losing everything, and yet still having to live under shredded tarps years later. I worked on a shelter project in Haiti for the earthquake response in 2010 and am passionate about housing.

Alexandria Lofso co-founded New Story to provide faster, more durable housing solutions for the bottom billion. They are 3D printed homes, which take under 24 hours to build at a cost of $4,000 each and New Story will soon print the first 3D home community. They are devoted to using today’s technology for today’s need so that those who need it most don’t have to wait a decade for solutions to trickle down to them. “3D home printing is not a thing of science fiction it’s here today!” 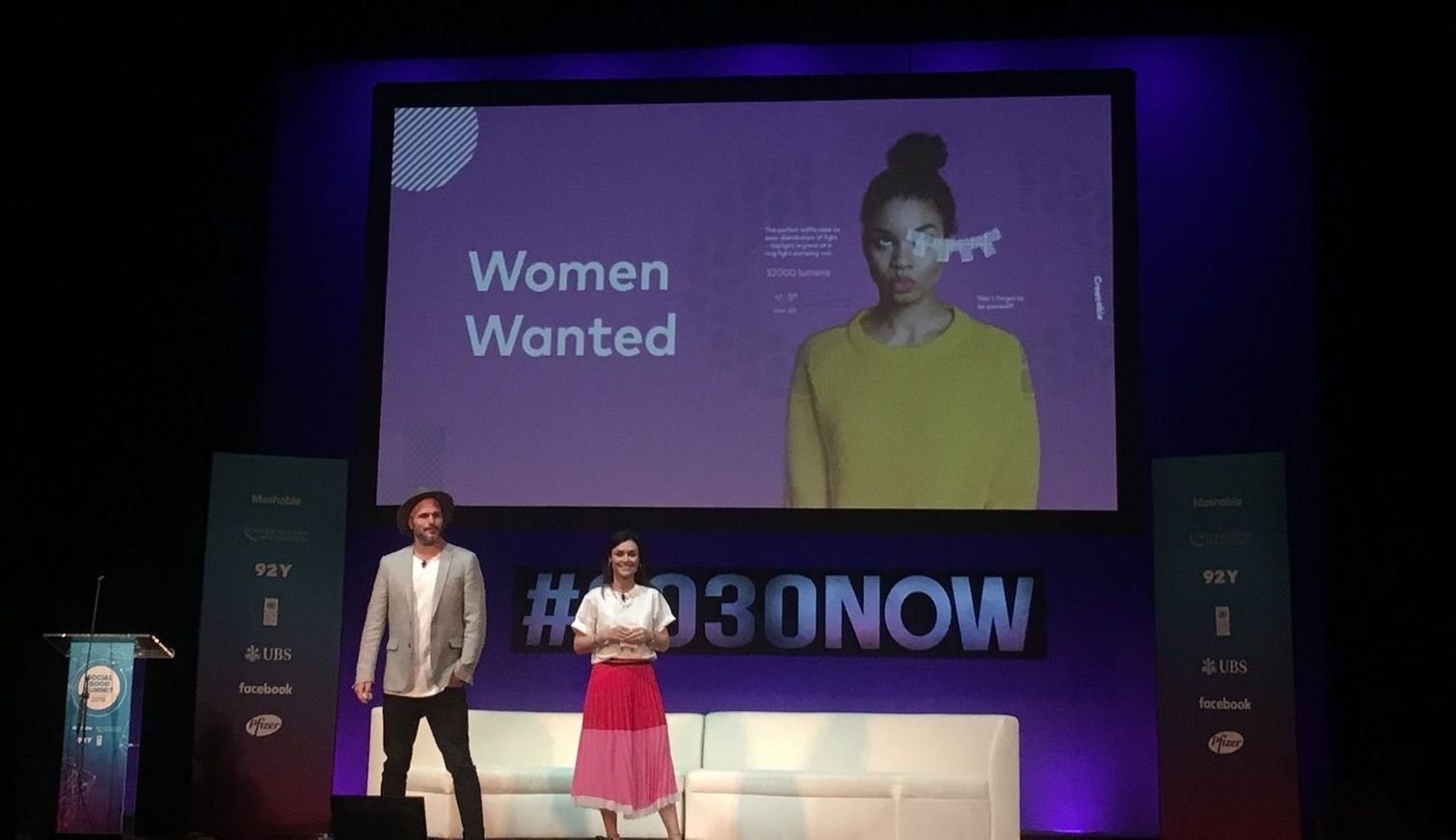 Women solve problems differently than men, and more women in tech mean more solutions. We all know this, but how do we teach this? How do we give women equal opportunities to succeed in STEM as men have? Greg Attwells is the co-founder of Creatable and, together with Felicity McVay, shared with us the importance of authenticity in education and the power of creativity. Imagine the power of combining technology, compassion, and creativity? “In a world of automation, the future is creative…so lead with creativity”.

Creatable has built a curriculum that teaches creativity first, with technology in pursuit. They are tapping into young people’s compassion and concern for others, and their desire to change the world. “Compassion makes creative innovation meaningful and more compelling.”

There are 72 million deaf people in the world with only 2% having access to sign language education.
Nyle DiMarco is a deaf artist, model and activist who has started his own foundation to improve the lives of every deaf person in the world. He closed the summit, which happened to be held on the first ever annual International Day of Sign Languages. He was born deaf to an all-deaf family and says, “With sign language, I was able to embrace my own identity as deaf. I did not let being deaf define me. Instead, I defined it.” He’s using sign language to tell the world that we aren’t all the same, but we should have access to the same opportunities, no matter your abilities.

The summit gave me hope and I feel as though we’re making real progress, however we still have a way to go before everyone has equal opportunities. Each of us can play our part. What will you do?