Solace Women’s Aid – #HiddenAbuse and the use of Twitter&#8217;s hidden replies

#HiddenAbuse from Solace Women’s Aid was one of the most discussed charity campaigns over the last few weeks. The creative use of Twitter’s new hidden reply feature led to an impressive engagement.

We’ve talked to Alex Siepel, Comms Manager at Solace Women’s Aid, to find out more about their campaign and what we can all learn from this.

Tell us about your #HiddenAbuse campaign

The purpose of our #HiddenAbuse campaign is to remind people that just because you can’t see domestic abuse doesn’t mean it’s not happening. The campaign was created by the customer-acquisition company Stack, in collaboration with Solace and Twitter and uses the ‘hidden replies’ control, a feature that provides people with the option to hide replies to their Tweets and manage their own conversations.

To demonstrate the hidden story behind domestic abuse, Twitter users see a Tweet from @SolaceWomensAid that showed a photo of a seemingly happy couple accompanied by the contrasting phrase: “This is what domestic abuse looks like.” Intrigued users are challenged to find the hidden story, discovering the true reality behind the picture by clicking into the Tweet and on the ‘hidden replies’ button.

The feature then reveals a video that plays out the controlling and abusive conversation between the couple – revealing a very different story to the happy selfie. Anyone who views the film is then encouraged to share the revealing journey with their followers.

How did you decide to use Twitter’s hidden reply feature as part of the campaign?

The campaign was initially proposed by Stack for Twitter UK’s Powered By Tweets competition.

We know that domestic abuse affects so many people and we needed a creative way to shine a light on the issue. Hidden abuse can include controlling and coercive behaviour; cutting people off from their friends and family; making them feel afraid and belittled are all forms of domestic abuse. But because the violence isn’t obvious or ‘seen’, it can often be ignored and even normalised.

The Hidden Replies feature on Twitter has allowed us to tell an engaging story, one that is based on real-life experiences we hear about every day and to raise awareness around hidden domestic abuse. We hoped people would get behind the campaign, retweet it far and wide and continue to open up the conversation around hidden abuse.

Did you expect this success when you tested a new Twitter feature?

The purpose of the #HiddenAbuse campaign is to remind people that just because you can’t see domestic abuse doesn’t mean it’s not happening. We knew it was a fantastic idea so we hoped it would reach a large number of people, raise awareness and open up the conversation around hidden abuse.

But we’ve been blown away with how much reach and engagement it’s generated. The collaboration with Stack and Twitter has been fantastic, and it’s amazing to be the first charity and organisation globally to use the hidden replies feature in a creative campaign. 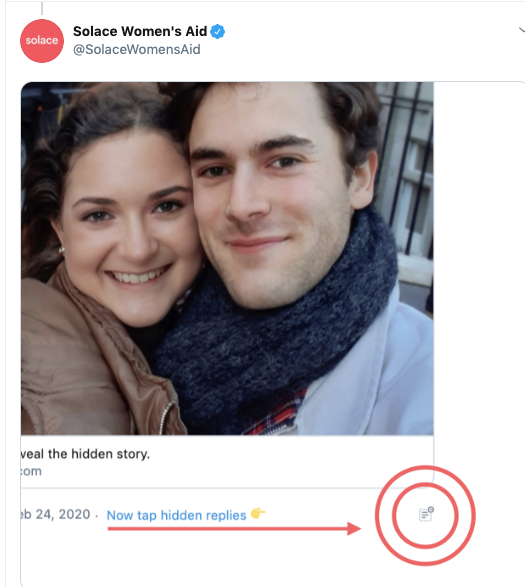 What were the results of the campaign up to now?

So far the campaign has received more than 14 million impressions and over 2 million engagements, with 2,800 retweets and 5,300 likes. We are so pleased that our campaign has resonated with the public and helped to get the message out there as well as generating real conversation about the issues. We had many people reaching out for support, and we have been able to provide advice or direct them to other organisations.

What’s one tip for all charities planning their next digital campaign?

It’s great to have an element of intrigue or surprise in your campaign. With so much great content out there getting people to notice your campaign and then engage with it is a real challenge. Finding a creative way to catch your audience’s attention and stop them in their tracks is key, and the Hidden Abuse campaign does this really cleverly.

It’s also so important to make the campaign relevant and topical to society, so thinking about whether there is anything happening that people can relate to, you’ll get far more engagement than having a campaign that is not relatable.

How can we support your work? 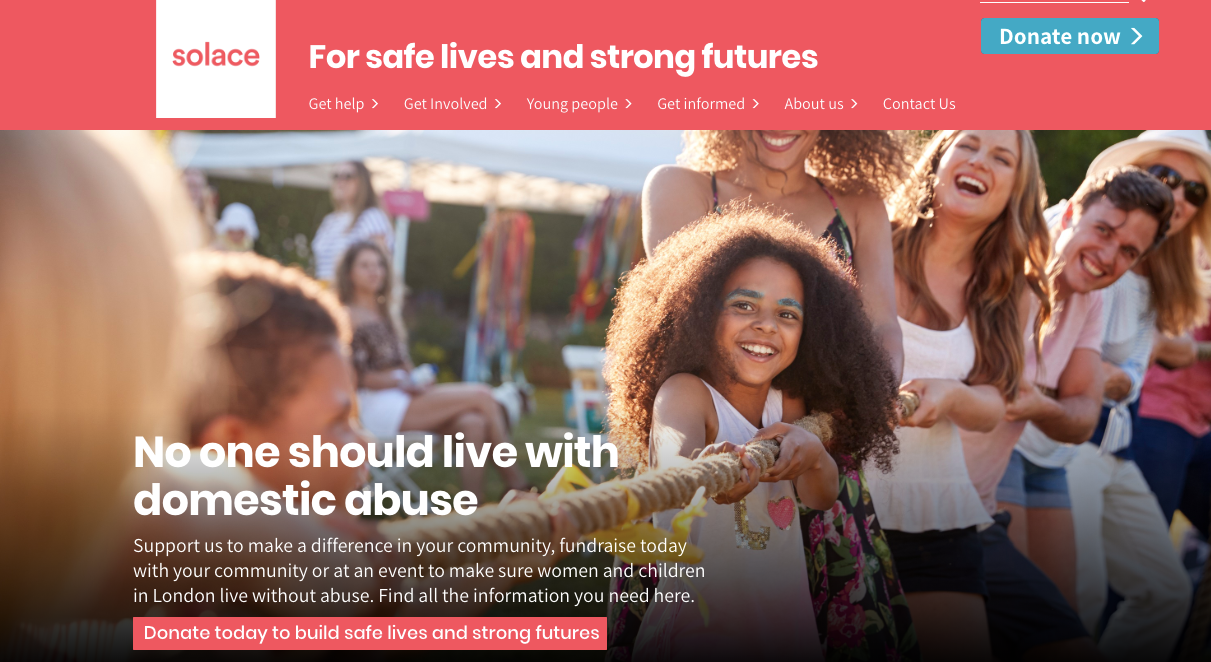 Everyone has the right to be safe and live without fear. At Solace Women’s Aid, we offer shelter & support to as many women as possible experiencing domestic abuse. But we can’t do it alone.

People can help us shine a light on hidden abuse bysharing our campaign or supporting our work by making a donation so that we can help even more people.

You can also donate your goods, participate in our events or volunteer with us. More information available on our website.