Welcome to our 16th social media round-up (we can’t believe it’s already number 16 – where does the time go?). We know how hard it is to keep up with all the changes and new features in the world of social media, so we do the hard work for you. Here’s the latest social media news and what it means for your cause.

On 15 July, Twitter announced a new design for desktop, based on feedback from users. 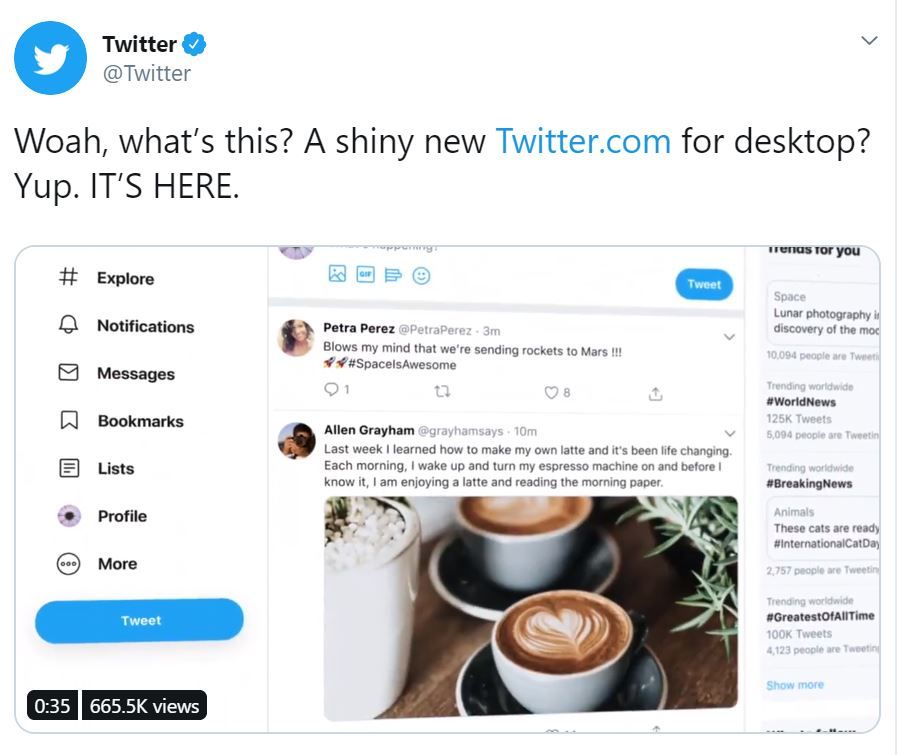 The new features include a bookmark tab – hooray! No more having to ‘like’ a tweet to save it. To save a bookmark, click on the share button at the bottom of the tweet then ‘Add tweet to bookmarks’. When you bookmark a tweet, there’s no notification so feel free to save those inspirational tweets from competitors without them knowing! Now if only they’d add the ability to organise by topic… 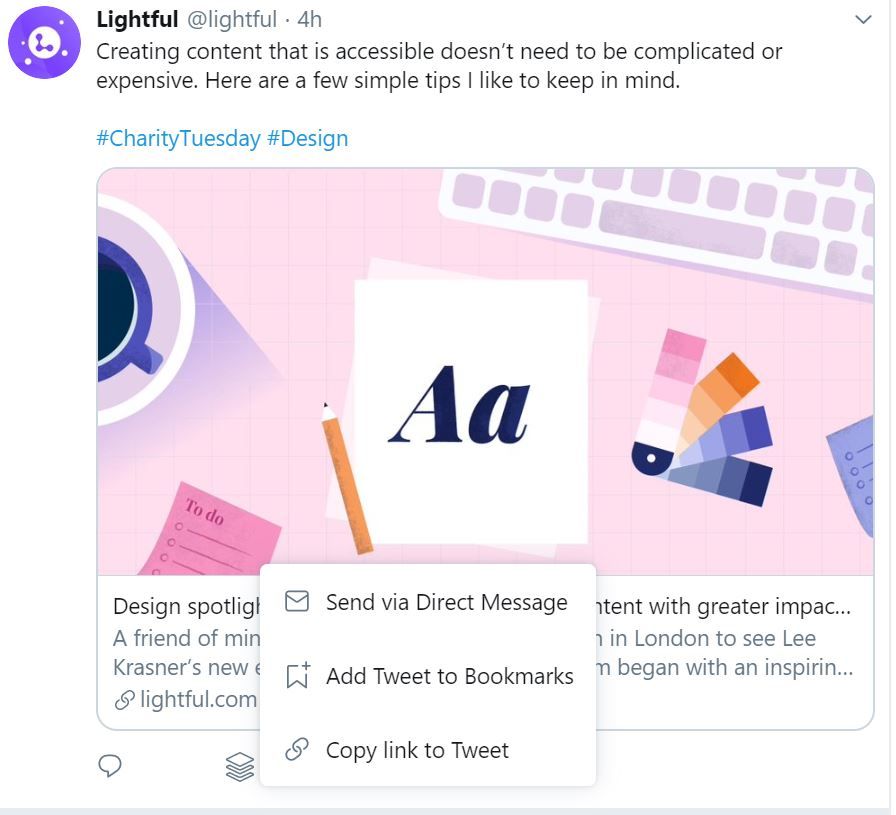 Another new feature on desktop is the Explore tab, where you can see what’s trending (hashtags), news (what’s happening) as well as news based on your specific interests (could you guess that ‘charities’ is one of ours?). The last new feature is an even darker Dark Mode, meaning less blue light is omitted. If you’re a social media manager, it’s probably better for your health!

It’s not just Twitter that’s made changes. On 19 August, Facebook will be changing their media specs, which will affect how your posts look on the newsfeed. As social media expert Matt Navarra notes, the key changes are that the amount of text will be cut from 7 lines down to just 3. The maximum height for images and video will be changing to a shorter 4:5 aspect ratio (previously it was 2:3). 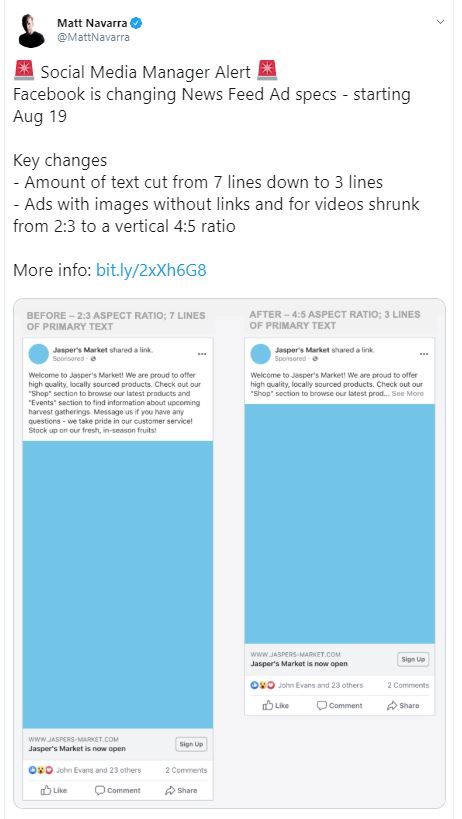 Of course this applies to ads too so to ensure your sponsored posts look their best, make sure you’re taking into account these new specs for both your copy and media.

Looks like 2019 is all about Stories – no matter what platform you’re on (except LinkedIn…). Pinterest has just launched Story Pins, which allows you to add up to 20 pages of images with text and links. They’re currently just being tested with a small group so you may not see the feature yet.

Whilst not that many charities actively use Pinterest, this could be a really handy feature if you’re a health charity and have lots of healthy recipes, for example. You could use a Story pin to create a recipe book, along with links to advice and guidance from your website.

Following a trial in Canada, Instagram removed the ability for people to see the number of likes on a post in Australia, Brazil, Ireland, Italy, Japan and New Zealand. The reason is apparently a mental health one as the platform wants people to feel less pressured and worried about the popularity of their posts. They want them to spend more time focusing on connecting more with people rather than focusing on vanity metrics. Not a problem for charities – that’s what you do best!