Welcome to our 13th social media sound-up, where we scour the internet and bring you all the latest social media news and updates. Dive right in!

For years we’ve been told that videos on social media need to be ideally under a minute and that those first 3 seconds are crucial. Facebook now seems to be encouraging you to post longer videos by stating that if your video is at least 3 minutes, it’ll be shown to more people organically. What could be the reason for this? One reason could be that they’re trying to entice people away from YouTube (where most videos are much longer than a minute) by encouraging longer length videos on their platform. 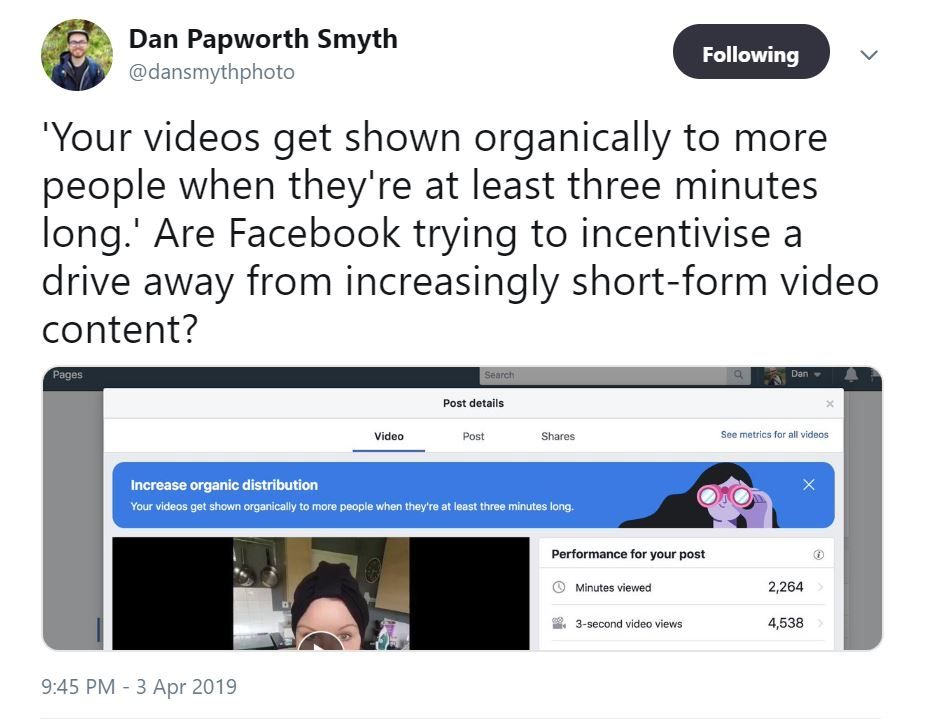 As well as encouraging videos to be at least 3 minutes, Facebook is also giving further video posting tips when people upload video, such as posting the video as a ‘new release’. 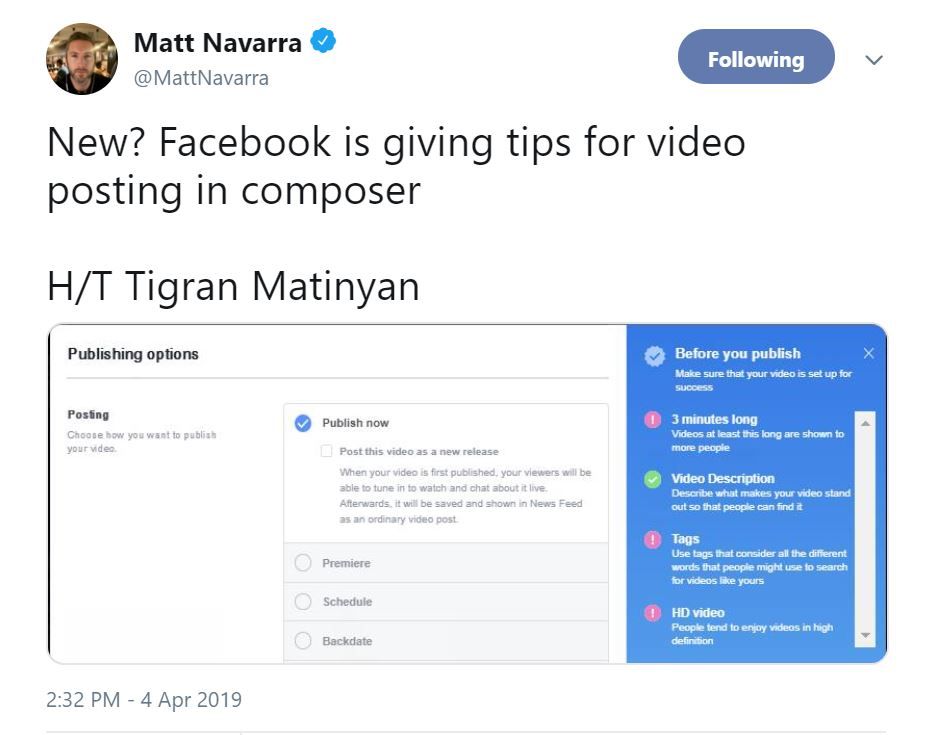 What does this mean for charities? It means having longer to tell a story without having to fit it all in to a minute or under. Case study videos now have a greater chance of being seen organically.

Finally Twitter is giving users some insight into when the best time to tweet is – but only for video. It forms part of their new Publisher Insights tool that will live in Media Studio. Even though it’s only for video (so far anyway), it will be really useful to charities when tweeting videos so that they can maximise the chance of people seeing them. 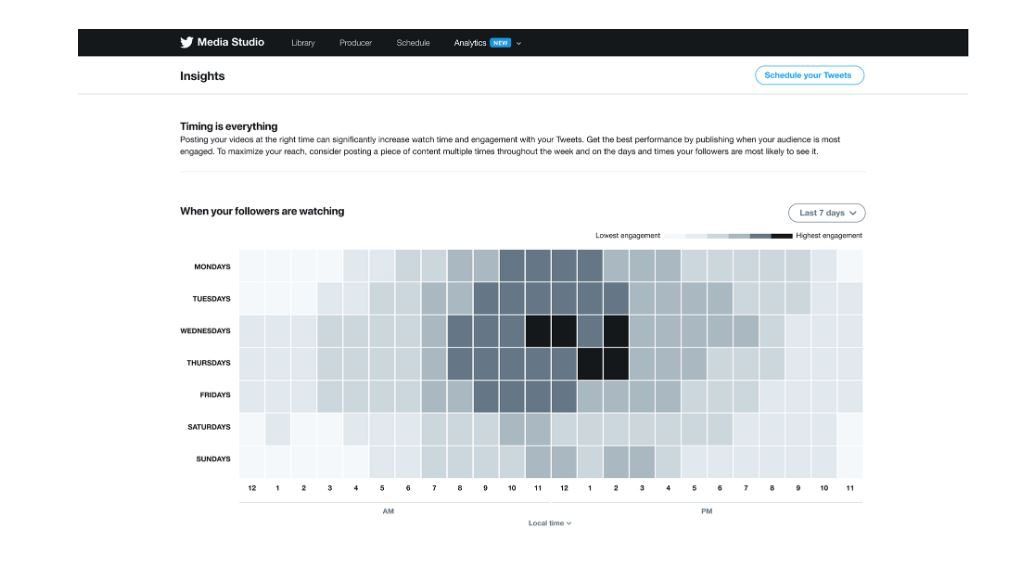 As it’s a social media platform for professionals, it’s no surprise that LinkedIn is now allowing users to natively upload documents and presentations. They’ve long owned SlideShare so it makes sense. Don’t forget that LinkedIn is a search engine so uploading documents and presentations can be great for SEO and getting people to read important information, such as health guides or impact reports.

In an attempt to make Twitter more conversational, the platform is testing adding labels to conversations so that it’s easier to distinguish between the original author and those who have been mentioned. Sometimes there can be lots of replies to a tweet so this will help users establish clearly the author and those involved in the conversation. 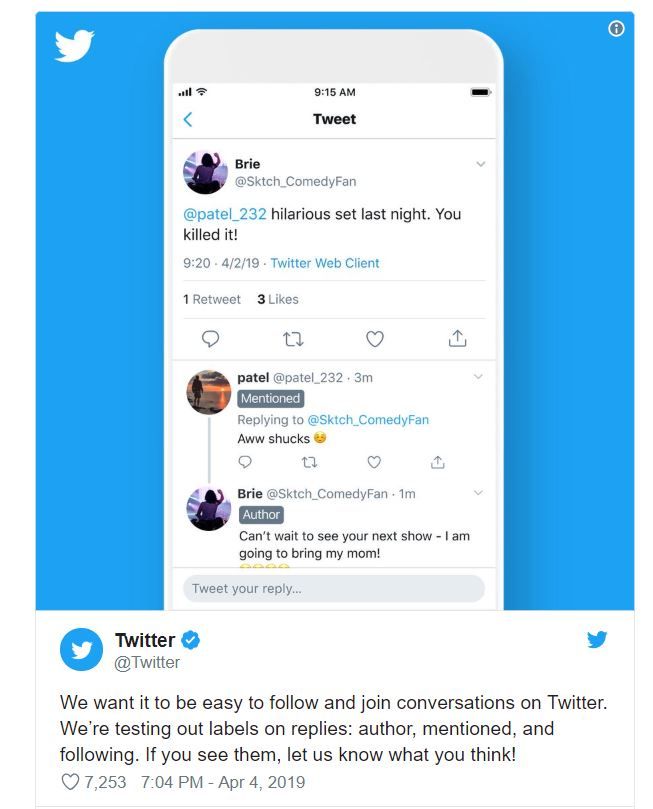