What Is a Hashtag And How To Use Them

What is a hashtag?

A hashtag (#) is a way in which social media content can be categorised into navigable lists or subjects. It’s a way to ‘tag’ content to make it discoverable, and help your content connect with those with the same interests. Social media is all about having a conversation, and hashtags make it easier to listen and engage with individuals talking about a specific subject area.

‍For example, if you are a big fan of the Great British Bake Off, you might explore the #GBBO hashtag on Instagram. You would most likely find content that would be of interest to you, shared by other enthusiasts like recipes and updates from the contestants.

How to use hashtags

Most of the major platforms use hashtags, including Facebook, Twitter, Instagram and LinkedIn. They are used to highlight topics and conversations, but are also used to craft your voice as well.

Hashtags are great for doing research, and exploring a specific topic as it leads to search terms and content that includes the same hashtag.

They can also serve to define tone, too. While many users won’t necessarily be using #GetMeOutOfHere or #WhyDidISayThat or looking for content related to those terms, it serves to set a humorous tone, much like an aside. 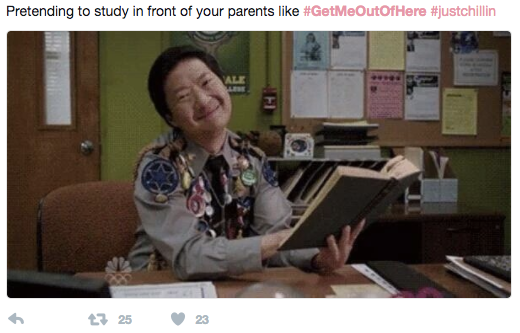 For most platforms, numbers after hashtags are supported, but spaces and punctuation aren’t, so while #Lightful2017 works, #Lightful’sLaunchParty or #Lightful’s Launch Party won’t. There isn’t a preset list of hashtags, so they can be put in front of anything. This also means that anyone can use them, as a few brands found out the hard way.

Social media success is all about taking part in the right conversations, and engaging with users around a topic that is trending is a great way to do so. Including a couple of hashtags in a post can help it gain a bit more exposure, and makes it more likely to be shared.

Creating and using hashtags for events can help attendees track posts and take part in conversations in real-time.

If you’re hosting an event, it’s worth creating one that is memorable, unique, and relevant. The launch of the new five pound notes in 2016 inspired users to donate it to their favourite charity, using the #firstfiver hashtag to share their favourite causes.

Engaging with trending hashtags is a great way to drive likes and shares, but always be mindful of the topic and tone. Don’t shoehorn your way into conversations that might not be relevant, or at worse, deeply offensive. When #WhyIStayed, a hashtag on which users discussed their experiences with domestic violence was trending, it was mistakenly used by DiGiorno’s Pizza as part of their marketing efforts.‍ 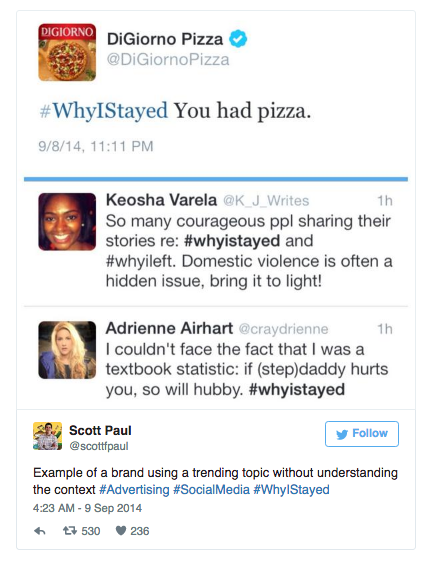 No matter what platform you’re on, it’s always advisable to keep it simple and keep it brief. If you’re tweeting about #socialenterprise, for example, it’s worth using tools like RiteTag to see if there are alternatives that are more widely used. For example, while #socialenterprise might be exposed to 5,000 users per hour, #socent has a much wider reach of 148k. This is because #socialenterprise takes up more characters as part of a tweet, so isn’t as widely used.

Did you know: RiteTag is integrated into Lightful to make your hashtag search faster!

The temptation to hashtag everything, and to get it in front of as many eyeballs as possible is appealing – but all of your social media content should appeal to the user, too. Don’t use hashtags that don’t work with your brand guidelines or tone of voice, and always remember that social media is a conversation. If your tweet isn’t adding anything to the wider conversation, it might be worth leaving it off.

Interested in exploring the best hashtags for your organisation? Start drafting your posts in Lightful and click on the option to ‘Get Hashtags’

You will receive hashtag suggestions based on your content to make sure that you are adding the most relevant hashtags to your posts.