Here at Lightful it’s been both a busy and rewarding year. We’ve run lots of user-testing sessions to improve the platform, launched #ReclaimSocial, spoken at conferences and events, built websites for clients, launched three training programmes (more on that in 2019) and we were even up for an award!

As a response to all the negativity on social media, we decided to do something about it. We wanted to focus on all the positives that social media brings and to #ReclaimSocial for social good. On 6th February we asked charities and social enterprises to shout about the amazing work they do, using #ReclaimSocial, and to remind people that social media should be a place to inspire and delight – not fight. The hashtag had over 16 million impressions and over 1,000 organisations took part. It was featured in Third Sector, UK Fundraising, Charity Digital News and Charity Times. Will you join us on 6th February 2019 and make it bigger and better? 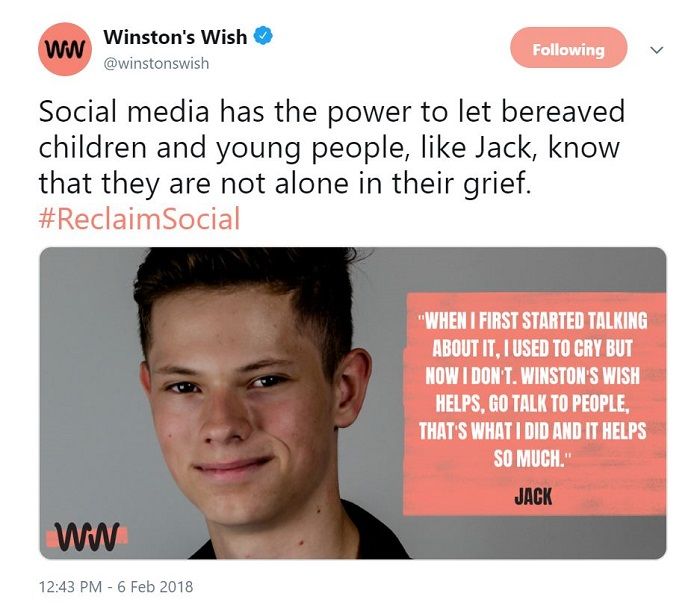 International Women’s Day takes place annually on 8th March and is a day to celebrate women around the world, their contribution to society and their achievements. Charities have cause to celebrate this day as there are countless women who have started charities, led charities, work for charities, are the Patron of charities etc etc and there is always fantastic content created for International Women’s Day. One of my favourites – though ironically – is from a man, Richard Herring. Every year the comedian raises money for domestic violence charity, Refuge, by replying to every tweet that asks when International Men’s Day is (it’s 19th November, by the way). Genius. 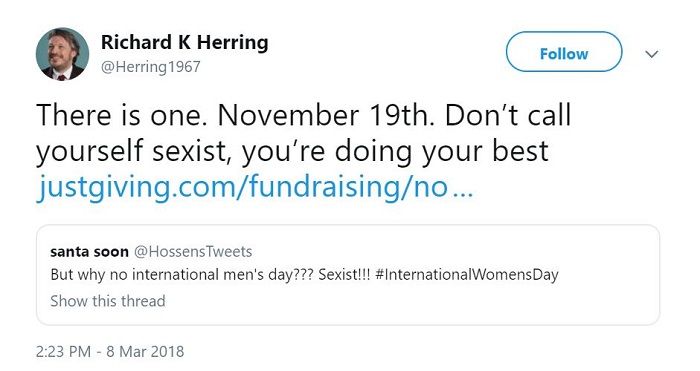 Do you ever get fooled by newspapers on April Fool’s Day? What about charities? This year charities really upped their game when it came to this silly holiday and I for one, was fooled! This one by the National Trust was very clever – canines who can sniff out fake artwork (I mean, that could have been true!). Not only was it very clever, the way they replied to comments was brilliant. Here are lots more examples if you fancy a laugh. 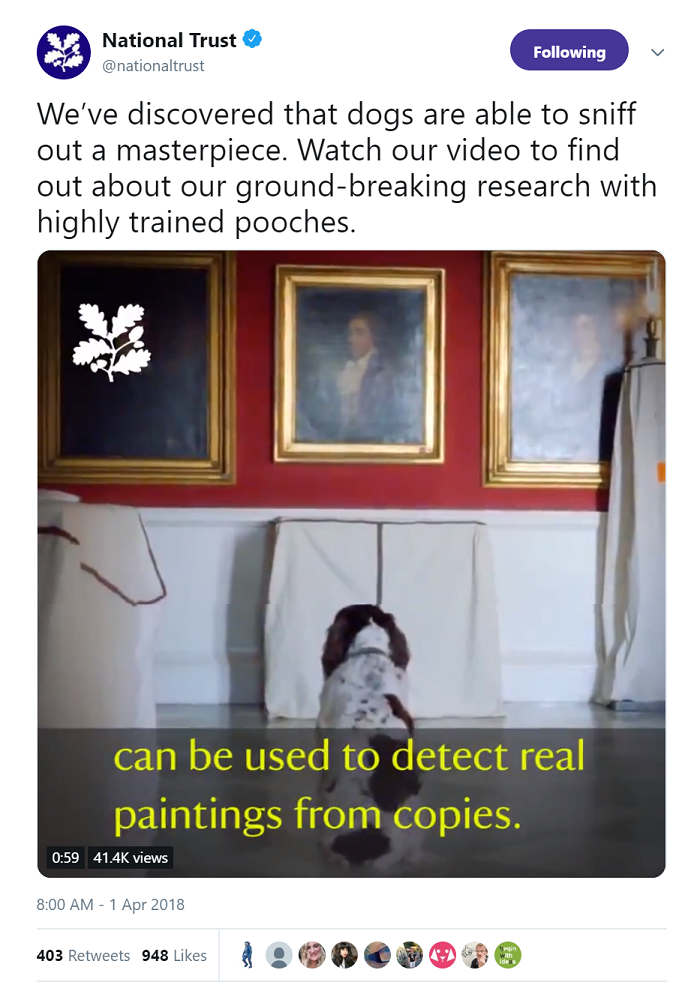 On July 7th, it was Pride in London and lots of charities got involved in a variety of ways. Some changed their logo to rainbow colours (including us), some were part of the parade and others used social media to celebrate the day and/or offer support. As much as Pride is a celebration of rights and the freedom to be yourself, unfortunately many still face prejudice and intolerance so this tweet by the Samaritans was lovely to see. We have lots more examples in our blog post in our Twitter Moment. 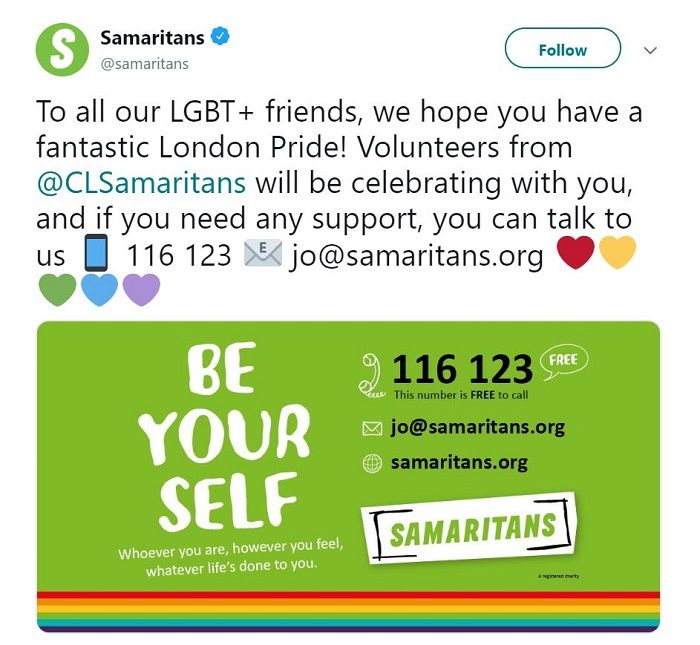 What do you do when trust in the sector declines? You remind people of the importance of charities and the difference that we make – thanks to their support. NCVO, CharityComms, Small Charities Coalition, ACEVO and the Institute of Fundraising got together to inspire charities to take part in the day – 19th November – to shout about all the amazing things they’ve achieved thanks to all those who support them, using #YouMadeItHappen. We were delighted to support this important initiative. It’s also great timing as it takes place before #GivingTuesday when charities ask people to donate money, volunteer, fundraise etc.

Set to be an annual awareness day, #YouMadeItHappen trended all day long on Twitter and reached 5.4 million people! See more examples of how charities got involved. 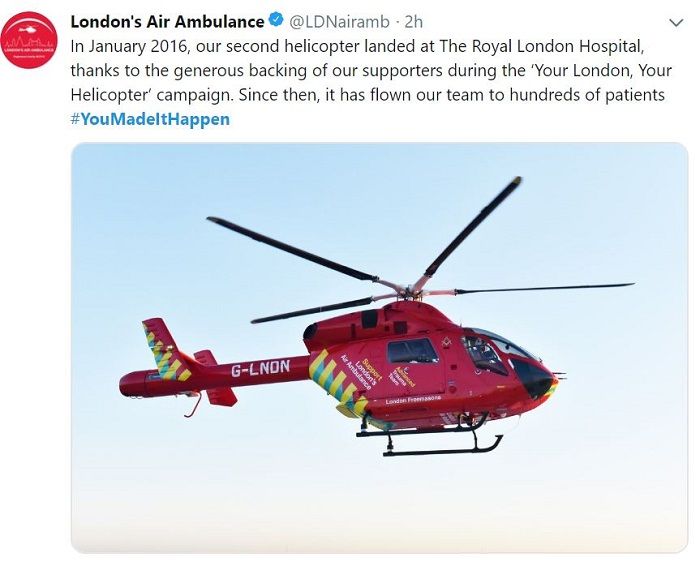 Giving Tuesday is a global day of giving and has been in the UK since 2014. Every year it grows and grows and more and more charities take part. It trended all day long and even celebrities like Miss Piggy got involved.

Giving Tuesday is organised in the UK by CAF and they’ve yet to release all the stats but if it’s anything like 2017, millions will have been raised for good causes.

So that was some of the highlights of 2018! Let us know what your highlights were by tweeting us @Lightful.