Live streaming videos on social media is a great way of sharing authentic, intimate and compelling stories with your audience. One organisation using live video effectively through Facebook Live is Islamic Relief UK, so we reached out to Web & Content Editor Abdul Basit Ali to find out a bit more about their success with using the feature, and to find out their top tips and advice for other charities.

Erin Niimi Longhurst: How are you using the Facebook Live feature to complement your fundraising and campaigning efforts?

‍Abdul Basit Ali: In 2016, we were one of the very first NGOs to carry out a Facebook Live fundraising appeal to raise funds, and this was a HUGE success for us. Not only did we raise thousands of pounds, we also had incredible levels of engagement and reach which really is invaluable. It gave us a whole new way of getting our message out there. 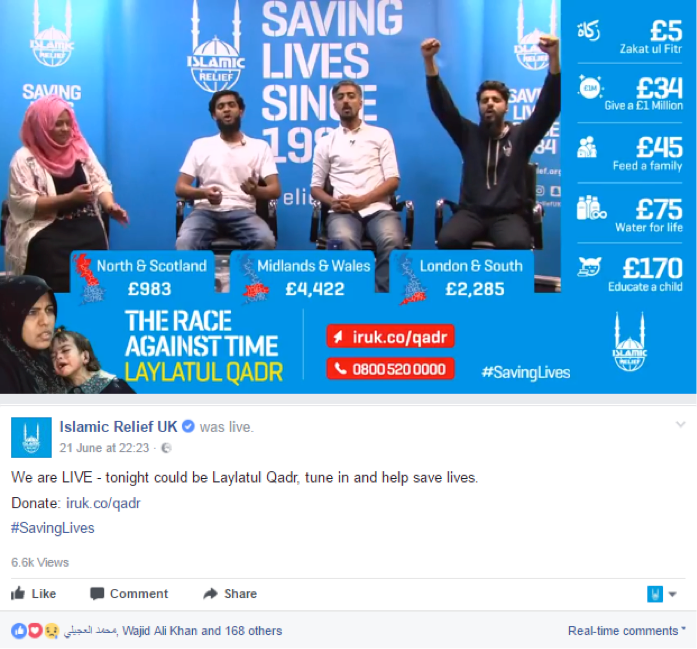 The Live appeals returned again in 2017, and we knew we had to make them bigger and better to drive engagement. By developing a regional rivalry during the show where the donations for each region tallied up, we got our viewers engaged and gave them an additional incentive to give. In the end the appeal raised just over £16,000!

Our Facebook Live appeals are productions, we’ve invested in equipment to ensure we get clear visuals and crisp sound, time for planning content as well as creating graphics and B-roll footage. Basically, if you’re going to do it, do it right!

ABA: Mistakes happen, you can’t go back and edit, it probably won’t adhere to the ‘brand guidelines’ that your marketing team go crazy about… and that’s why I love it!

For me Facebook Live is everything that social media needs to be – fresh and ‘in the moment’ content which piques curiosity, probably because just like on TV, anything can happen when you’re Live. Maybe it is the raw, unpolished and stripped-back nature of live video content that makes it so engaging. 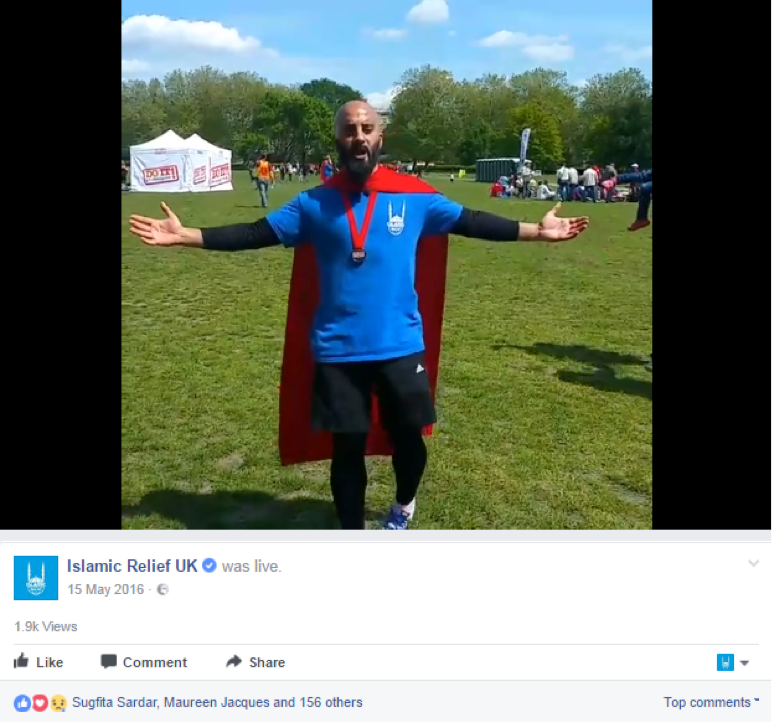 We’ve used the Facebook Live feature to show the human side to our organisation. For example, when Islamic Relief took part in the annual Superhero Run in London Regents Park, we did a series of live videos. Our Deputy Director, who ALWAYS dresses smart, appeared in his running gear and a cape. Whilst having fun and jumping around trying to be a questionable superhero, he got across key messages on how our water projects (what participants had fundraised for) are saving lives around the world.

ENL: What are some of the biggest successes you have had? 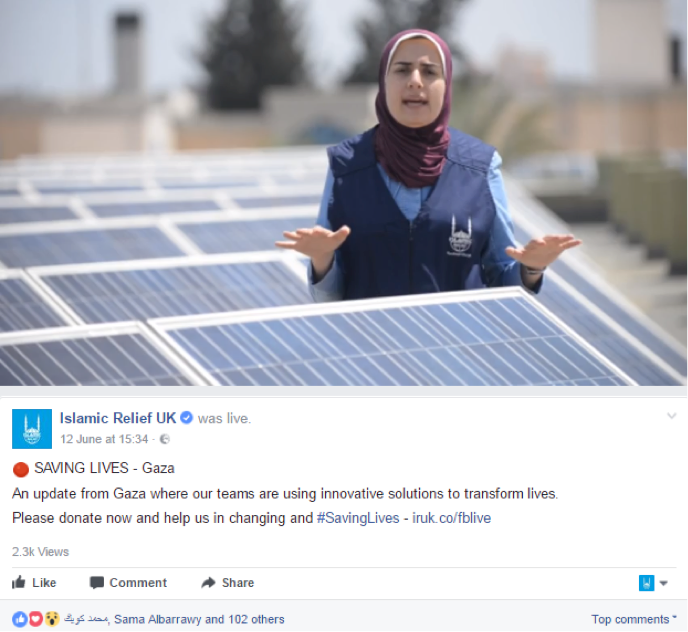 This year, we’ve used the Facebook Live feature to show our work in places like Jordan, Palestine, Somalia and Syria.

Even as drought and famine spread across East Africa affecting millions of people, we went live on Facebook from Somalia showing our aid workers delivering lifesaving aid.

For me this has been a huge success. Facebook Live is an incredible tool to show our amazing supporters, that have trusted with their money, exactly when and how their donations are being used to save lives. It takes transparency to a whole new level.

ENL: What are some top tips you would share with other charities wanting to make use of the feature?

ABA: First, you need to plan – know what you’re saying and why you’re saying it – keep it relevant and use it as a tool to amplify your organisations core messaging.

Then, you need to promote: when you’re going live, make sure you tell people when it’ll be happening, give them a reason to tune in. This will help build and audience as soon as you go live and drive engagement.

Last but not least, caption – most of your followers will get a notification when you go live. The caption is what will determine whether they click or ignore – make it count!

ENL: How do you moderate comments (particularly negative/trolls) effectively?

ABA: As soon as a live video begins, someone from the social media team is always at hand to monitor comments coming in. This is super important as social media is all about engaging with your audience. We aim to acknowledge every genuine comment with a reaction and/or a reply when it is positive or critical.

Comments which are trolling or abusive are immediately hidden and depending on the severity of the comment the user is banned, in some severe cases we have also reported people to the police.

The most important thing is to have someone on hand to moderate comments whilst a video is live. As comments are popping up in real time, seeing trolling and abusive comments can put off viewers that genuinely care about what you have to say, they can also be distracting and dilute the impact of your message.