Comic Relief and Red Nose Day is a UK household name. At some point in our lives, we have: dressed up, fundraised, bought a red nose or donated to events held around a Red Nose Day.

Although a household name, Comic Relief are fairly new to fundraising on Social. 2019 was the first year that social media was central to their campaign. We are going to highlight the strategies used for #RedNoseDay and how you can incorporate them into your own campaign.

With falling numbers of people viewing TV programmes live, Comic Relief has had to alter their approach. In 2017 only 6.3 million viewers tuned in to Red Nose Day, which was two million fewer viewers than its 2015 event and three million less than the 2013 figure.

Comic Relief needed to stop the falling numbers of viewers to ensure they continued to raise the money needed to help people across the globe. This is why they changed their strategy to make Social Media more intrinsic from the beginning to the end of their campaign. 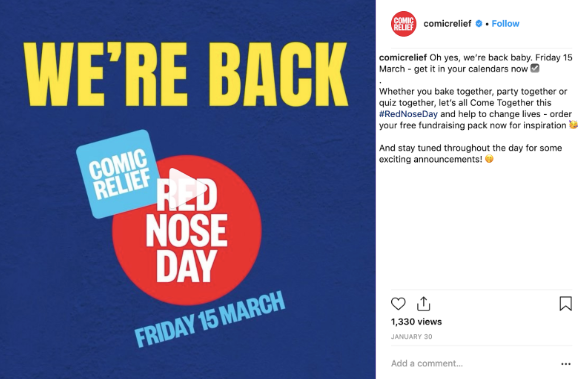 As Red Nose Day (RND) is held biannually it was important to announce their return. They started promoting RND around 45 days before the fundraising date. Very clearly in the video, it states when RND will be held and also how they would like the audience to get involved. The theme is “Come Together” promoting teamwork, community and group events. They have also mentioned a fundraising pack which is really useful for recruiting ambassadors, influencers and fundraisers giving them more information on how to get involved.

How you can incorporate this into your campaigns 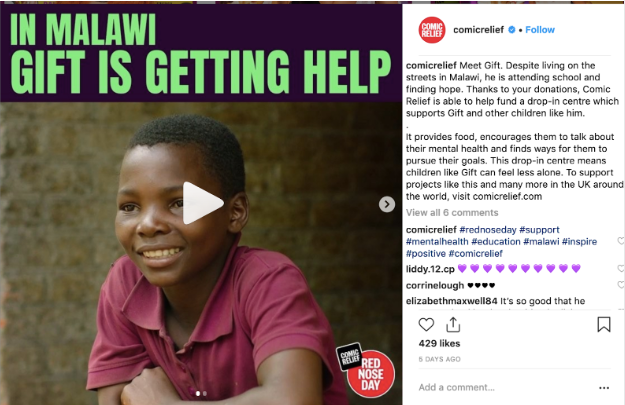 Comic Relief helps people in 15 different countries worldwide. The money raised during Red Nose Day will be granted to charities and organisations who are targeting change in specific areas. These Comic Relief have named as; Children Survive and Thrive; Global Mental Health Matters; Fighting for Gender Justice; A Safe Place to Be. These are “Core Issues” to their organisation. To engage their audience and share how they are able to impact so many lives it is important to share stories which relate to their core issues within their marketing. Videos, infographics and photos have all been created to tell their audience more about the work they are doing across the world. 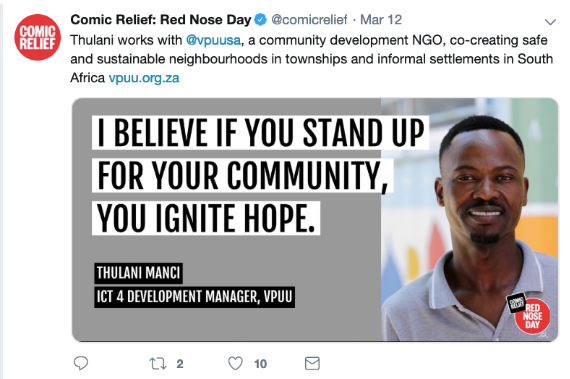 Thanking people who have helped you achieve your goal 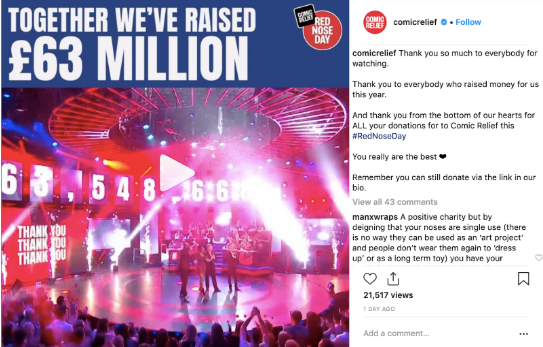 As Comic Relief have been running Red Nose Day since the ’80s a significant amount of money has been raised. They have thanked people for helping them out over the past 30 years since the last RND in 2017 and also how much they were able to raise this year (2019) paints a great insight into what we can all do when we stand together. Sharing what the money fundraised has been able to do around the globe is also a useful way to highlight the difference we make as individuals with a single donation or fundraiser or as a group with the total sum of money, this year reaching £63 Million. 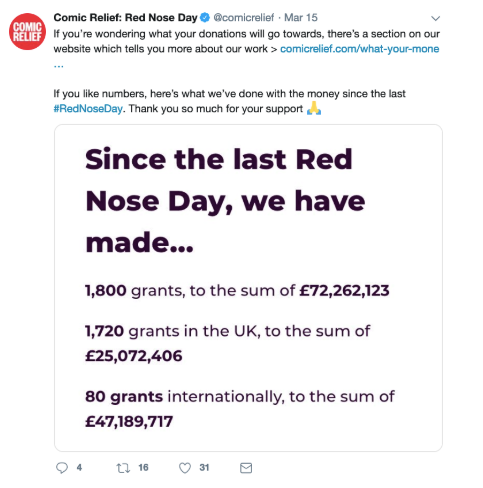 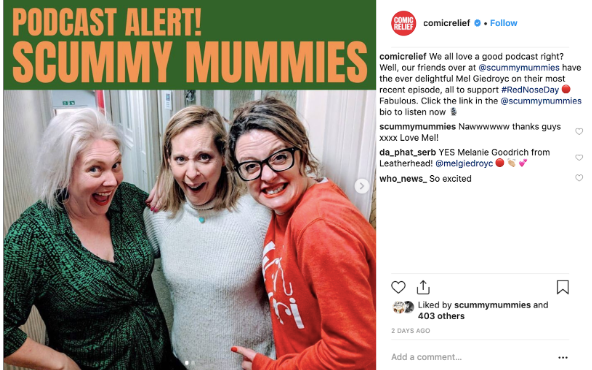 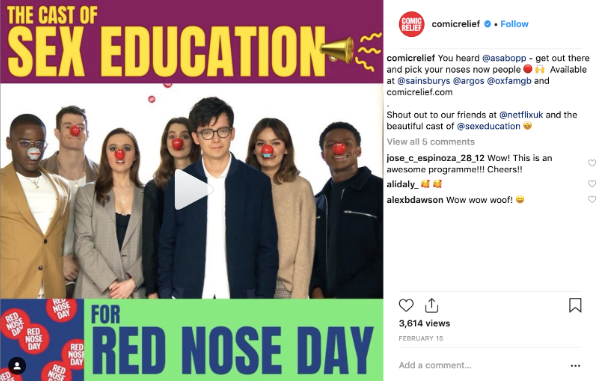 Providing your audience with a call to action, or what you want them to do after seeing your post is a great way to spread your organisation’s message. Asking a question for your audience to answer via the comments is a great way to start a conversation. Also getting people to have a claim to fame, in the image above asking you to name your school, gets people excited and feel part of something. Another great way to engage your audience and challenge them is to create a #SelfieChallenge. This will encourage your audience to take a photo and post it on their own network to then increase a) The amount of “branded content” posted b) share their involvement with their own audience. Comic Relief relies on their audience to help them reach their target. Only together will they succeed.

What we all need to remember is that you don’t need to be a large organisation to create a successful campaign. Use your own resources and content and make sure you involve your supporters as much as possible!