Once again, we were delighted to be a sponsor of the Social CEOs Awards. At Lightful, we truly believe in the power of social media – and digital – to help charities build sustainability and thrive.

The awards took place last night and here are all the winners!

This year, the judges only awarded 25 CEOs a spot on the list, which is usually 30. Find out who all the winners were, over on Civil Society.

The judges were really impressed with Kate’s warmth, passion and dedication to her cause and her staff. 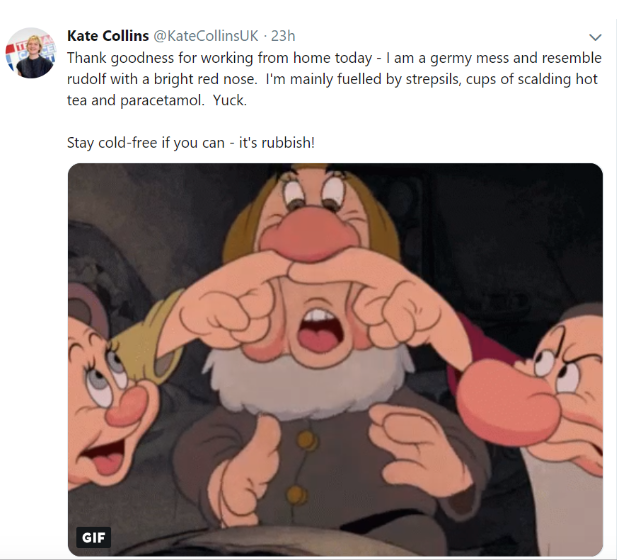 Kate also interacts with peers in the sector, at all levels, and loves to give shoutouts to other charities. 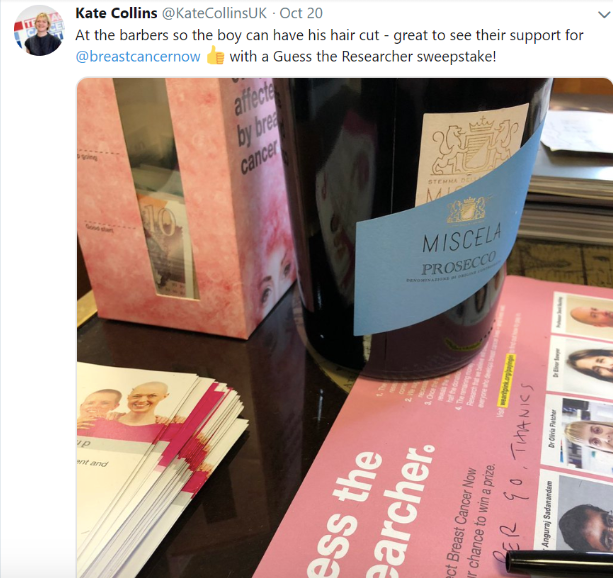 What really won the judges over, was Kate’s interaction with supporters. This is what makes social media so amazing – it takes away barriers and creates transparency, accountability and conversation. 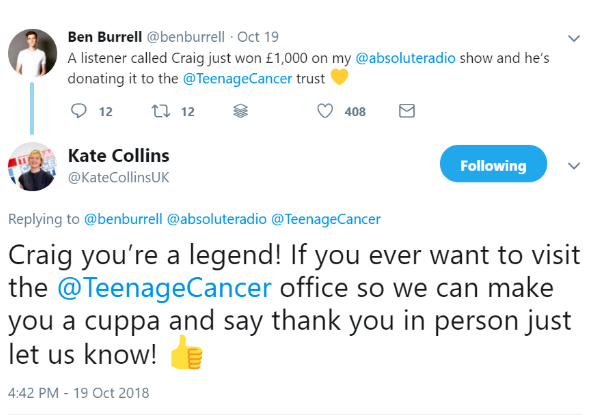 The judges were impressed with Helen’s social media presence as Chair of The Royal College of General Practitioners. Her nominee described Helen as a “passionate, effective and credible social activist constantly fighting to restore pride and confidence in general practice.”

As well as Helen’s social media presence, the judges felt that she was also deserving of the Best Digital Trustee award as she is helping to drive the organisation forward, through digital.

Caroline is the Director of Services at Beat, an eating disorder charity. Her nominee said that she engages with her followers and harnesses social media to co-create and develop their services & training. Caroline’s Twitter feed is really positive and upbeat and she’s not afraid to use emoji! 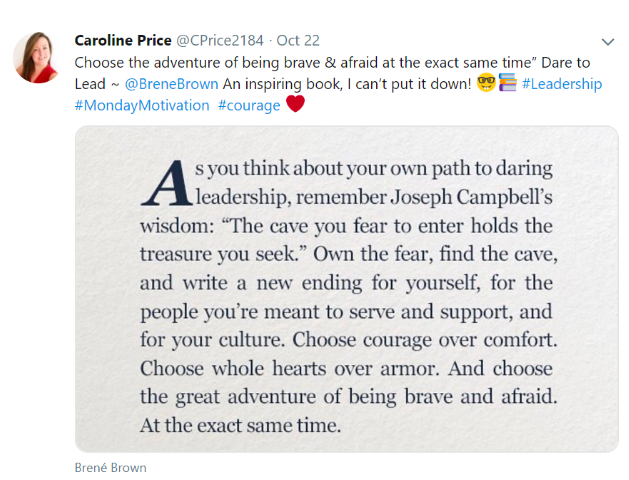 Head of Changing Faces Scotland, Commissioner with Scouts Scotland and trustee of Voluntary Health Scotland, Rob’s CV is certainly impressive. Not only is Rob active on Twitter but he also uses LinkedIn, Instagram and Facebook to highlight all the organisations he’s involved with. 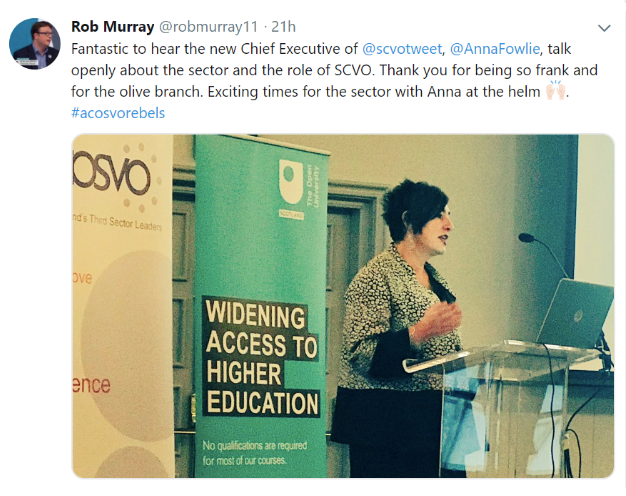 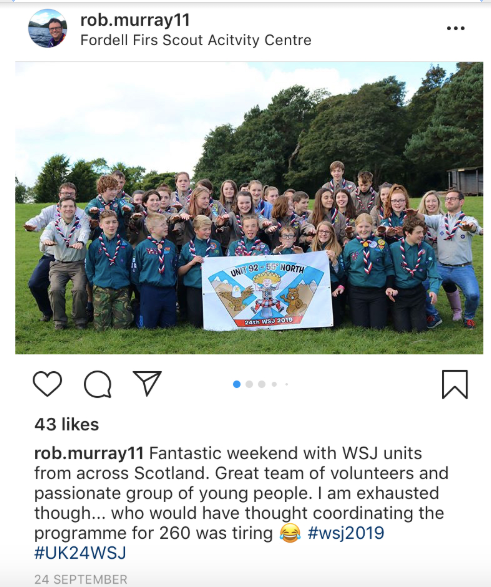 Nikki is a Fundraising Relationship Manager at the British Heart Foundation and is passionate not only about fundraising but about social media too. Nikki believes that social media is a powerful way to build relationships and has even blogged about it on our blog. As well as being active on Twitter and LinkedIn, Nikki also has her own blog, where she shares learnings and insights. Her nominee wrote, “She’s pioneering smartphone video online within the charity sector – already delivering sessions and articles on the subject, and now being used by the BHF and beyond.” 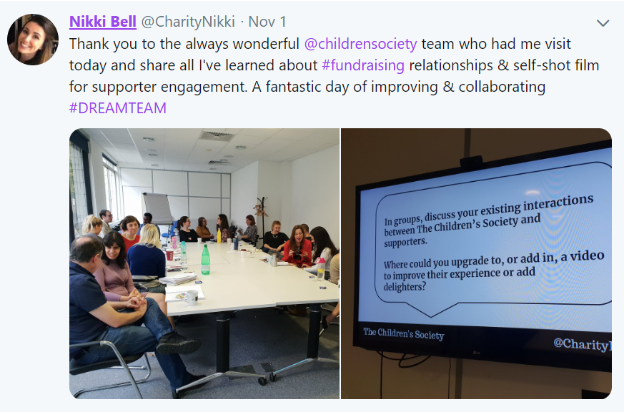 Susan is the Senior Policy & Research Officer at Youth Link Scotland and is a trustee of Youth Borders as well as a member of Together Scotland. What was very clear from Susan’s nomination, and her Twitter account, is just how passionate she is about the youth sector. What really impressed the judges, from Susan’s nomination, was not only her willingness to try new things – such as using Canva and recording a podcast – but how she uses analytics to understand what’s been effective. 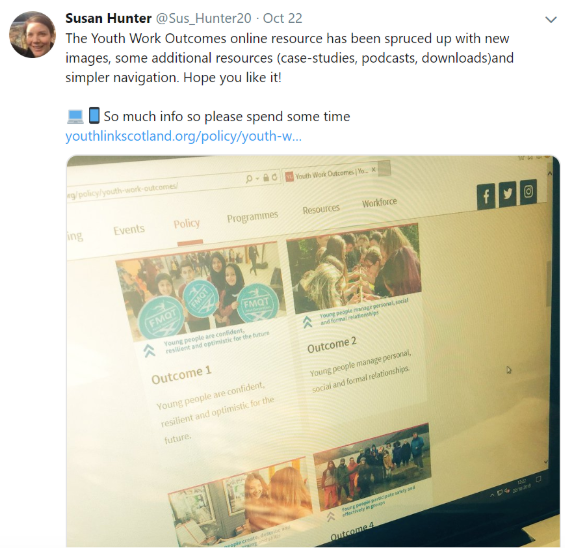 Liz is the Senior Development Officer at Youth Link Scotland and has been working on a funded website, with six European partners, on best practice in Digital Youth Work. She has been leading work on cyber security and resilience in the youth work sector and is an advocate for STEM in Scotland, as well as being involved in the 5Rights programme in Scotland. Liz’s nominee said that she is championing digital across the organisation and has even run lunchtime sessions for colleagues to help them see the benefits of using digital in their own work. 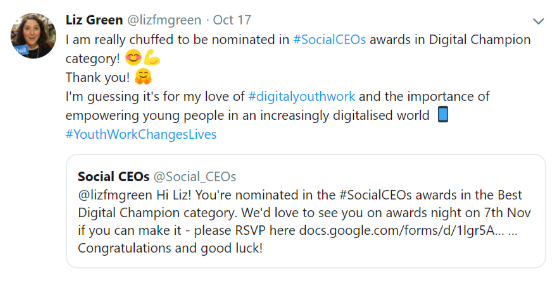 Seb is the Digital Manager at Time to Change and is always happy to share insights as well as what he’s learned. He does this through talking at events, blogging on Medium as well as tweeting.

He really understands digital and his nominee said, “He is able to use digital platforms to motivate others to change the way they think and act, and his work will have a lasting impact for generations to come.” 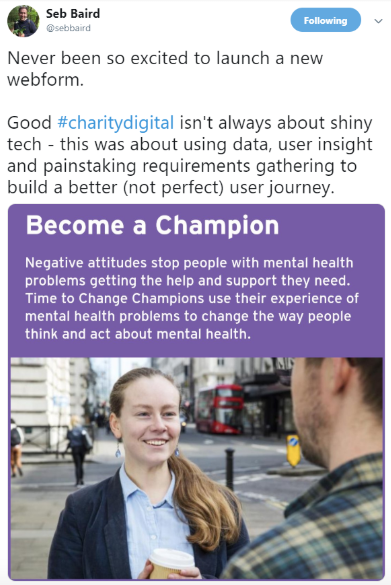 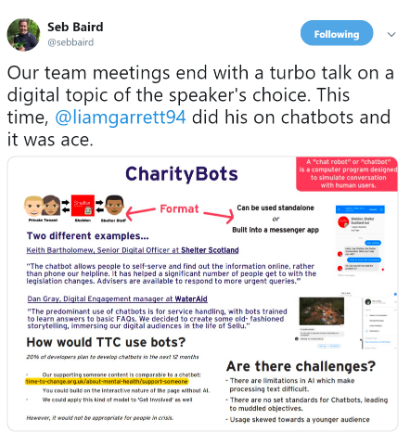 The judges were absolutely unanimous in their decision to award Best Digital Leader to Julie Dodd of Parkinson’s UK. Although The New Reality was published a few years ago now, it’s still being cited as such an excellent research study into how digital will deliver the next step change in social impact.

Julie is Director of Digital Transformation and Communication at Parkinson’s UK and has been pioneering digital service delivery, such as tried and tested apps and devices for people living with Parkinsons. 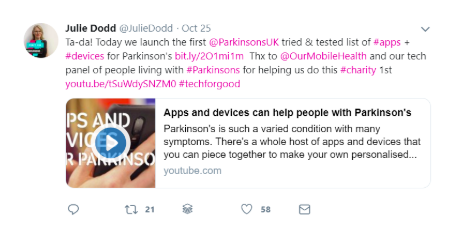 Everyone at Lightful is delighted to have been involved in supporting SocialCEOs again this year.

Huge congratulations to everyone involved, those nominated, commended and of course all of the 2018 Social CEOs Award winners!

Here are a few mini-interviews we made during the awards.